The video of two Muslim men carrying out a beheading of a Hindu tailor on camera before issuing chilling threats to Prime Minister Narendra Modi has sent shockwaves across India. Tailor Kanhaiya Lal was beheaded as he took a measurement of one of his killers before he was brutally killed. Kanhaiya Lal was killed since he had expressed his support for suspended BJP spokesperson Nupur Sharma over the Prophet controversy. Two killers, identified as Mohammad Riyaz Ansari and Gaus Muhammad, have now been arrested. 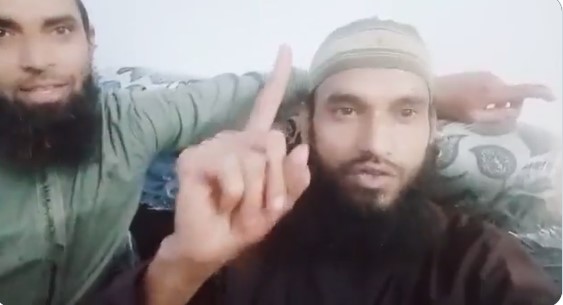 Rajasthan Chief Minister Ashok Gehlot has appealed people to show restraint saying that the killers of Kanhaiya Lal will be given the strictest of punishment. “Both men, accused of murder of a youth in Udaipur, have been arrested from Rajsamand. The investigation in this case will be done under the Case Officer Scheme and by ensuring a speedy probe. The criminals will be punished severely in court. I again appeal to all to maintain peace,” Gehlot tweeted.

Both Ansari and Muhammad then gloated over the camera by identifying themselves and announcing that the act of murder was committed for his support to Sharma.

Who Are Mohammad Riyaz Ansari and Gaus Muhammad?

The Rajasthan Police have arrested both the killers of Kanhaiya Lal and begun probing the matter. Not much is known about the two men but they are believed to be the local residents of Udaipur.

Addressing PM Narendra Modi, one of the killers displayed his murder weapon as he said, “Oh Narendra Modi, you’ve caused the fire. I pray to Allah that one day this weapon reaches your neck as well.”

Authorities have imposed a curfew in Udaipur and suspended internet services.