Authorities have suspended internet services in Udaipur in Rajasthan after two men beheaded a tailor, identified as Kanhaiya Lal, for showing support to Nupur Sharma on the objectionable remarks against Prophet Muhammad (PBUH). 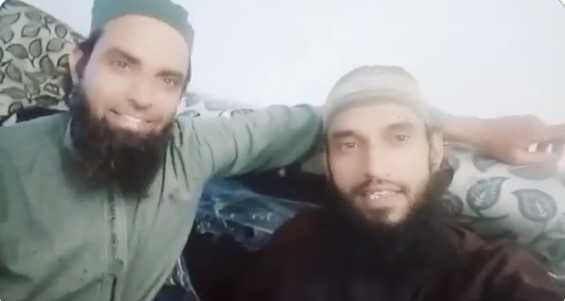 In the viral video shared on Twitter, two Muslim men could be seen beheading a tailor before issuing threats to Prime Minister Narendra Modi. “I am Mohammad Riyaz Ansari and this is my Gaus Muhammad bhai. We’ve beheaded. Oh Prophet, we are living for you and we will die for you,” one of the men is seen saying in the video as he brandishes his weapons.

Both men have been arrested.

The district administration has imposed a curfew in Udaipur as cops urged people to not watch the disturbing video of the beheading.

Rajasthan Chief Minister Ashok Gehlot tweeted, “Both men, accused of murder of a youth in Udaipur, have been arrested from Rajsamand. The investigation in this case will be done under the Case Officer Scheme and by ensuring a speedy probe. The criminals will be punished severely in court. I again appeal to all to maintain peace.”