Poet Surendra Sharma, who was a guest on Archana Puran Singh’s comedy show last week, has taken to social media to declare that he was alive, adding that News18 carried a fake news about his death. 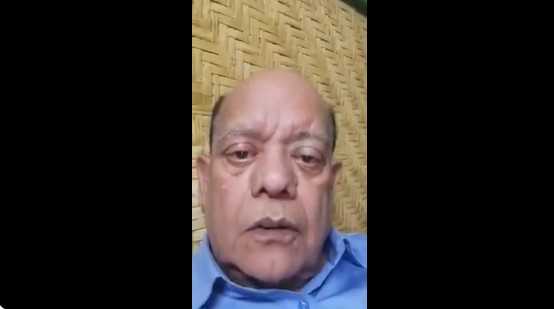 Sharma said in a video message, “Dear friends, I am comic poet Surendra Sharma am addressing you alive from this earth. Don’t you think that I’ve left for heavenly abode. News18 carried a fake news by posting my photo.”

Sharma said that another artist from Punjab had passed away. “They (News18) ran the news but published my photo. I express my condolences to the family of that artist.”

Sharma told his fans that anyone wishing to condole his death must wait for a few more years since he was here to make them laugh more in the future. “I can’t give you more evidence of my being alive,” he said.

Sharma, who’s hugely popular as a comic poet, appeared on India’s Laughter Challenge, hosted by Archana Puran Singh and Shekhar Suman last week. He was at his comic best when he left the audience in splits with his Haryanvi jokes.