American comic Hasan Minhaj has expressed his happiness that Marvel has decided to launch its first-ever Muslim superhero. Sharing a photo of himself with Iman Vellani, Minhaj wrote that he simply loved the idea of a Muslim girl playing the lead role in a globally popular series. 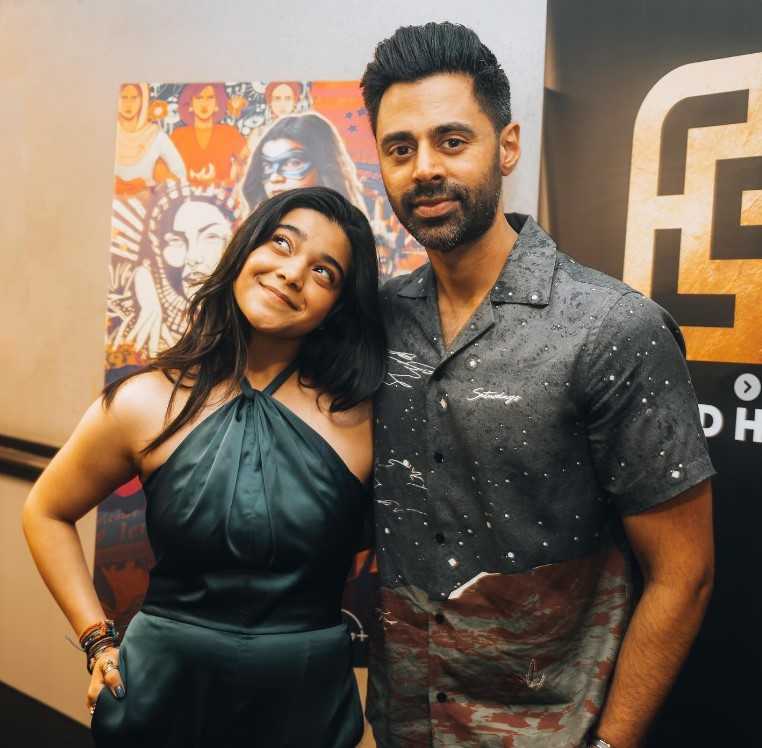 A visibly elated Minhaj wrote, “What a time to be alive. We have a Muslim girl in the MCU. Started watching Ms. Marvel and absolutely loved it.”

Minhaj added, “Iman Vellani is a star, the cast is amazing, and the series gets even better over time. Shout out to @sanaamanat622 (the director) for championing this project for the past decade.”

Marvel’s decision to create the first-ever Muslim superhero was widely hailed by netizens including the star cast of the series such as Brie Larson, Mark Ruffalo and Kumail Nanjiani.