Sudhir Chaudhary of Zee News on Wednesday shared an old satirical video of late comedian Jaspal Bhatti highlighting the malaise of Indian democracy. The controversial anchor had shared the video to drive home a point that nothing has changed in Indian democracy in the last 35 years. However, little did he realise that his decision to share an old video of Bhatti amidst the BJP facing allegations of toppling an elected government in Maharashtra would backfire so spectacularly. 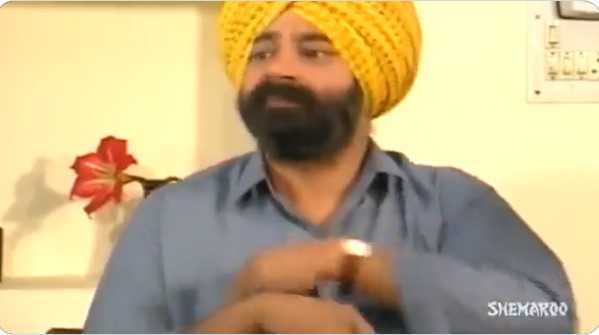 Sharing the clip from an old TV series of Bhatti, the Zee News editor wrote, “Jaspal Bhatti made this TV serial 35 years ago today. Today this video clip is becoming quite viral. A few things have not changed at all in our country.”

The video in question was from one of Bhatti’s popular TV series in which he was seen highlighting the corruption by politicians in Indian democracy. Bhatti was seen playing the character of an agent, who claimed to specialise in buying and selling of MLAs for politicians wishing to form the government after the election.

Known as the King of Satire, Bhatti had gained immense popularity with his brutal take on the prevalent corruption in Indian politics. As rightly pointed out by Chaudhary, the phenomenon of buying and selling MLAs and MPs has not changed in Indian politics even many decades later.

Yet, Chaudhary had to face the public ridicule since he has long been accused of flying the flag for BJP and its divisive agenda. This is why many social media users wondered what had prompted Chaudhary to take a dig at his own party through this video. This is because the BJP is facing public criticism for using its money power to engineer a split in the Shiv Sena to form its own government in Maharashtra.

One user wrote, “Badla nahi hai bey Tihadi, it has become worst ever & all thanks to Dalal like you & B&D GodiModia.When Jaspal Bhatti did this it was comedy,exaggeration & today PM Modi-Tadipar HM-BJP lust for power has made it reality. Of course,Dalal Tihadi cant tag @narendramodi @AmitShah.”

“Did @sudhirchaudhary not receive his share of the box of sweets today? Or he has opened a front against @narendramodi ji after Subhash (Chandra) Babu lost the Rajya Sabha polls?”

Rebel Shiv Sena leader Eknath Shinde is believed to have taken more than three dozen MLAs to BJP-ruled Assam, posing a serious threat to the survival of the coalition government of Maharashtra headed by Chief Minister Uddhav Thackeray.