One India parody Twitter user took Indian media outlets including Gautam Adani’s NDTV and Mukesh Ambani’s Network 18 for a ride with his fake sexting allegations against Pakistani cricket captain Babar Azam. Australia’s Fox Sports too fell for the fake tweet by Twitter user Nirav Yadav, but was quick to delete its tweet after the Pakistani Cricket Board registered its protest. 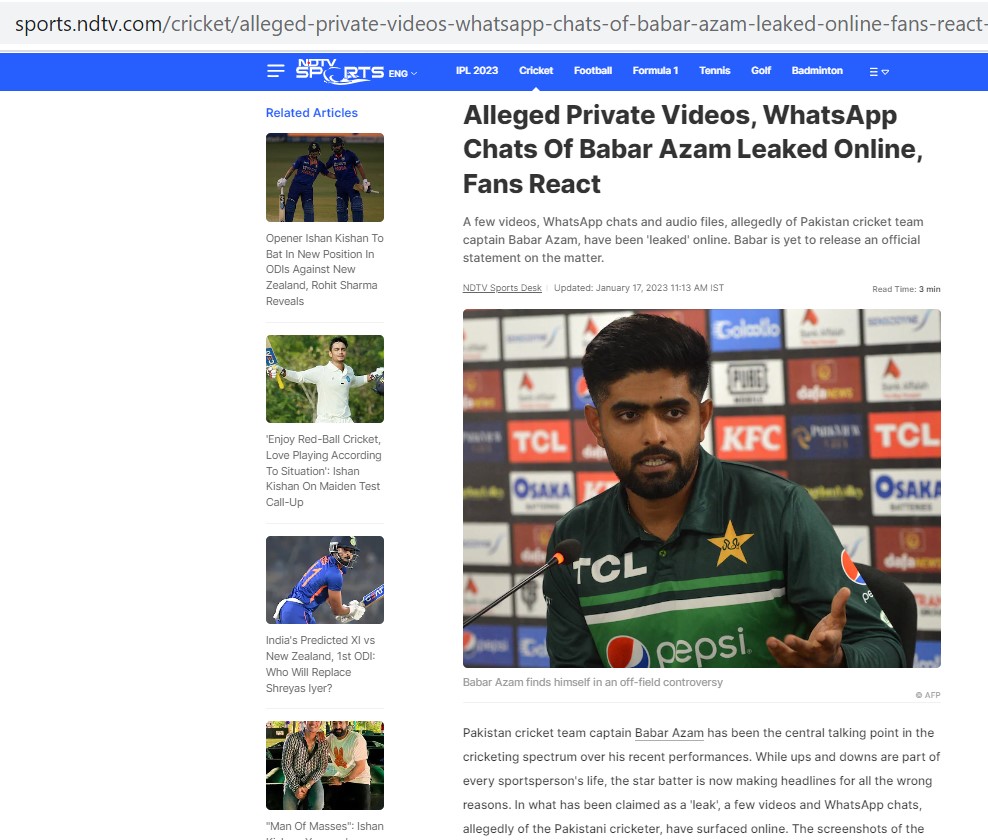 In his tweets, which have now been deleted, the parody Twitter user had accused Azam of indulging in sexting with a girlfriend of an unnamed Pakistani player. The user accused Azam of asking the anonymous woman to continue sexting in exchange for securing a place in the team for her boyfriend.

Even though the parody Twitter account later clarified that there were no truth in his allegations, usual suspects in the Indian media moved with lightning speed to publish one-sided stories without caring to verify the claims or speak to the Twitter user and Azam. 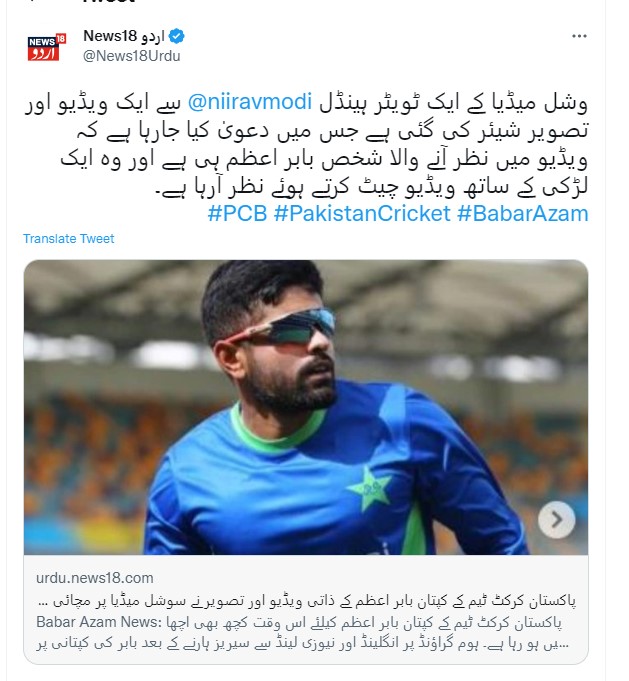 Similar headlines were carried by Hindustan Times, ABP News, Mirror Now and others in the Indian media. Mirror Now even broadcast a special TV show based on a fake tweet by a parody account holder. 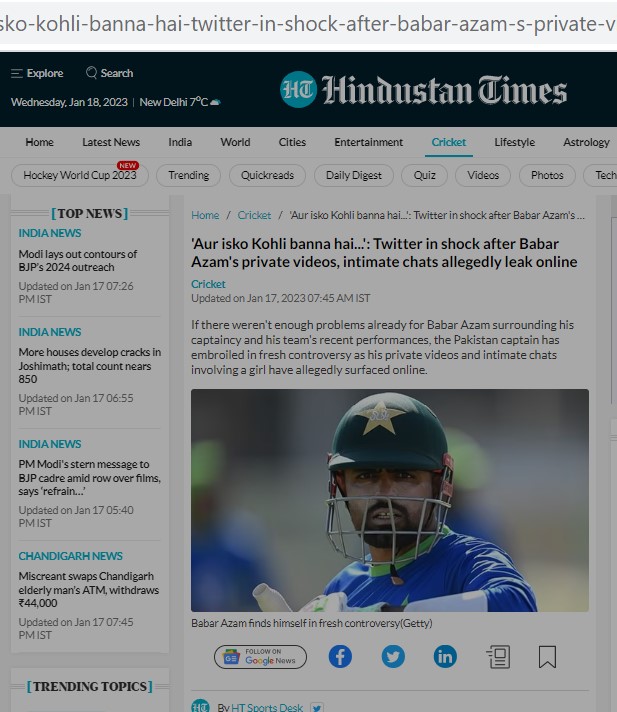 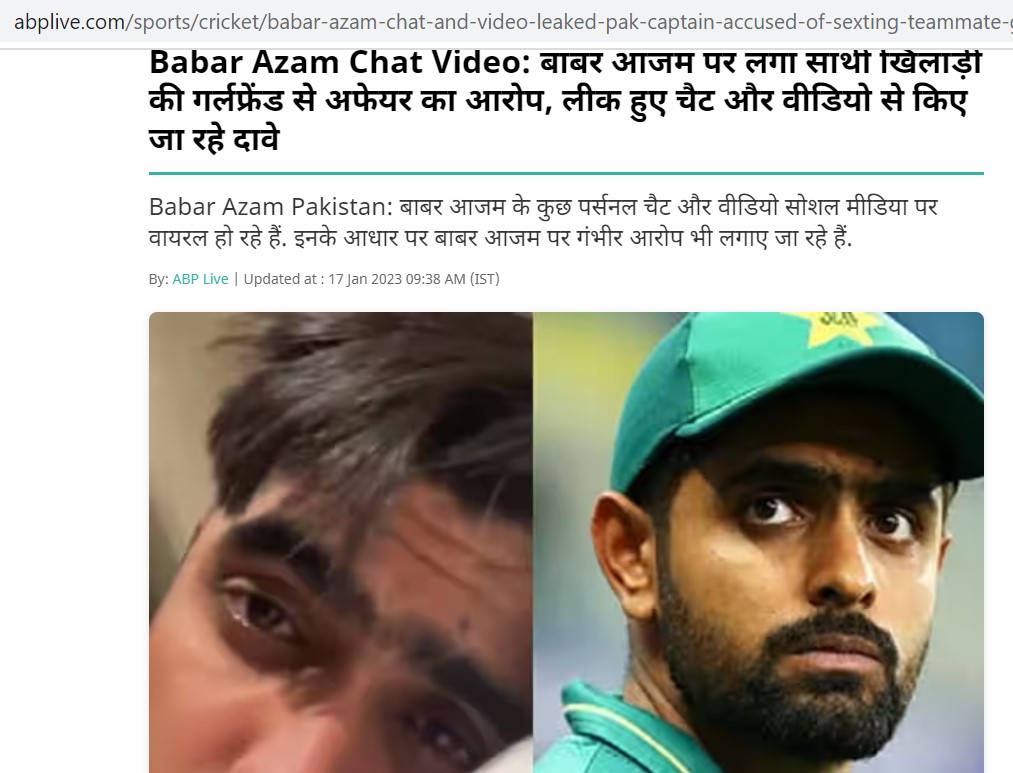 Reacting to the special broadcast on Mirror Now, the parody Twitter account holder took a dig at the TV channel owned by Times of India Group. He wrote, “What a clown 🤡 media we have, mirror now telecasted a dedicated show based on my satirical tweet and put nasty allegations on Babar Azam without even verifying the source of the news (me). @MirrorNow I was the one who started bf in team story, this was fake. Apologise to Babar.” 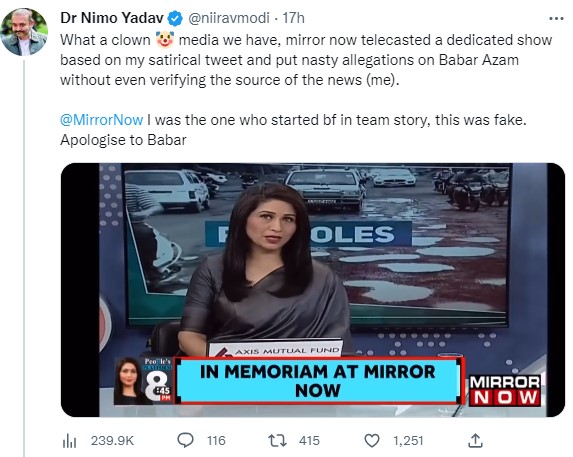 Azam has not reacted to the widespread coverage on the fake tweet. The only official reaction that came from the Pakistani cricket was a tweet by the PCB, which admonished Fox Sports for carrying a fake story against Azam. It wrote, “As our media partner, you might have considered ignoring such unsubstantiated personal allegations which Babar Azam has not deemed worthy of a response.”

This prompted Fox Sports Australia to delete the tweet immediately.

In 2019, the same Twitter user had left Prime Minister Narendra Modi, who was forced to later delete his tweet.