India’s Priyanka Goswami created history on Saturday when she won the first-ever Silver in women’s 10000 meter walk. By doing so, she also achieved her personal best timing. 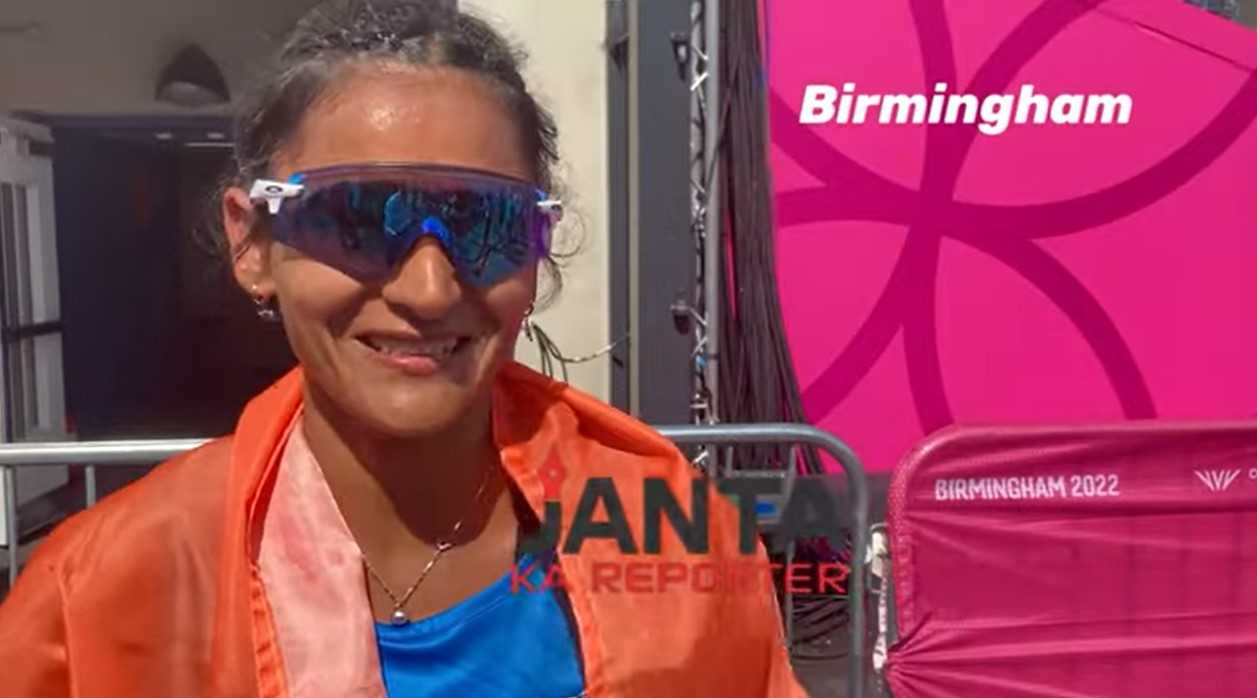 Immediately after winning the medal, Priyanka exclusively spoke to Janta Ka Reporter, which was the only Indian news platform to witness history being made and speak to India’s daughter.

Priyanka said that always saw other athletes wrapping themselves with their national flags to take a victory lap and felt bad that she wasn’t able to do so. The champion athlete said that she was proud that she was able to make India proud.

India are now placed fifth in the medals table with 28 medals including 9 Gold medals. This tally could increase significantly after today’s wrestling competition where Indian athletes are expected to do exceedingly better.