Faced with widespread public condemnation for losing a Twitter spat to actor Diljit Dosanjh on farmers’ protest, Kangana Ranaut has given a sensational twist to adverse sentiments prevailing against her. She alleged that public condemnation against her for defaming two elderly women namely Bilkis Dadi of Shaheen Bagh and Mahinder Kaur of Punjab was tantamount to her emotional and physical rape. It’s worth mentioning that Priyanka Chopra too had extended her support to farmers by quoting a tweet by Diljit. 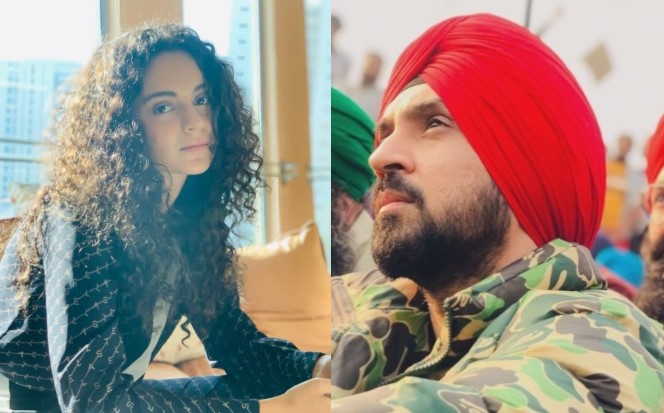 In a series of tweets, the controversial actor wrote, “I said what intelligence saying today but for me people trended Diljit ne Kangana ko pel diya, which means Diljit raped Kangana, this the the trend all librals ran a single woman was emotionally and psychologically raped and there were cheerleaders who clapped… I saw you all.”

Addressing her adversaries, Kangana wrote, “Everyone saw you …. even you saw yourself …. Are you scared? Because I am.”

She also used an anti-Diljit Twitter trend #Diljit_Kitthe_aa to take a potshot at the famous actor from Punjab. The hashtag in Punjabi which loosely translates as ‘Where’s Diljit?’ She wrote, “Again what I said was true, hypothetically speaking if this matter was in court today I would have been officially vindicated, next time chillar party before abusing, harassing, mocking or targeting me remember you are talking to the MOTHER ? of all fathers…”

Unfazed by Twitter trend against him, Diljit tweeted in Punjabi, sharing his day’s schedule. He wrote, “Subha Uth Ke GYM Laya..Fer Sara Din Kam Kita .. Hun Mai Saun Lagga Haan..AH Lao Fadh Lao MERA SCHEDULE #MeraSchedule #AaJa #Aaja. (I woke up in the morning, then went to the gym. Then I worked the whole day and now I am off to sleep. This is my schedule.”

Diljit and Kangana were engaged in a Twitter spat after the former lashed out at her for peddling fake news to insult two elderly ladies. The Queen actor made desperate attempts to divert the topic to hide her embarrassment, but Diljit continued to embarrass her. His public attack against Kangana had earned Diljit plaudits.