Veteran Bollywood actress Archana Puran Singh has become hugely popular particularly after she replaced former India cricketer Navjot Singh Sidhu as the judge of The Kapil Sharma Show. Her off-the-cuff videos have become a rage on Instagram with many finding them funnier than even the comedy show hosted by Kapil Sharma. Archana, who recently revealed how The Kapil Sharma Show had cancelled all its shoots due to the coronavirus outbreak in India, has revealed that she had gone into self-isolated to keep herself away from the menace of the virus. Her latest videos posted from her house in Mumbai’s Madh Island have given her fans an idea about the extent of madness caused by the self-isolation. This is just days after Rohit Shetty left her stunned by a revelation on Kareena Kapoor Khan. 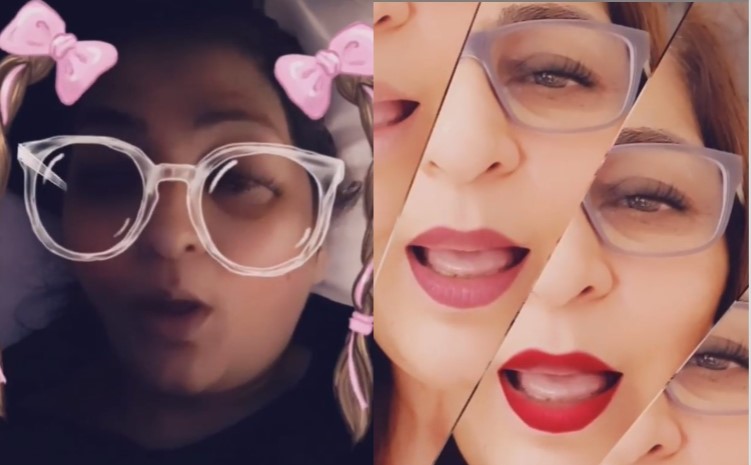 In her first video, Archana has used a mobile application to edit her face to create a montage of four different shades of her lipstick. While sharing the video, she wrote, “#selfisolating is bringing out the latent madness ? #timepass #kucchbhi. Please take out all #boriyat by doing random nonsense #apsstyle #ownstyle.”

What made the video even funnier was her running commentary as she said, “Hi guys I am very Udas (sad) today because I ordered only one face but they sent me four faces. All I am saying is that if you have sent four faces, at least one of them should be ok right? I nearly had a heart attack. I am so disappointed that what the hell. I mean look at this. I mean not one face is not disappointing.”

She hilariously asked her fans to give their opinion on whether she could keep even one face or return all of them. “I think I will return. The return of the chehras from the Mehras. But who’s this Mehra?”

#selfisolating is bringing out the latent madness ? #timepass #kucchbhi Please take out all #boriyat by doing random nonsense #apsstyle #ownstyle

In another funny video, Archana told her fans how she was keeping herself entertained in self-isolation inside her bedroom. She wrote while sharing the video, “Self entertainment is the only way out these days! “Indulge me na… let me indulge myself! Aidde ichh ki hai!”

Self entertainment is the only way out these days! "Indulge me na… let me indulge myself! Aidde ichh ki hai!" ? #timepass #stayhome #selfisolation #selfquarantine

Archana Puran Singh recently sensationally announced that the shooting for the popular Sony TV comedy show had stopped amidst the outbreak of the coronavirus pandemic globally. She shared an unusually sombre video to inform her fans that she was dumping fun and frolic in favour of warning everyone to stay vigilant and exercise plenty of caution in these difficult times. Her latest video has come just days after Rohit Shetty appeared on her show to make a huge revelation about Kareena Kapoor Khan.