Aamir Khan’s daughter Ira Khan caused quite a frenzy on social media last year when she took the creative route to offer the lead role of her debut play Medea to Yuvraj Singh’s wife Hazel Keech. She had gone down on one knee to propose the role to her. As expected, Hazel had wasted no time in saying ‘yes’ to the role. Ira, however, left her good friend Hazel ‘hurt’ after she introduced her two newest muses on Instagram. 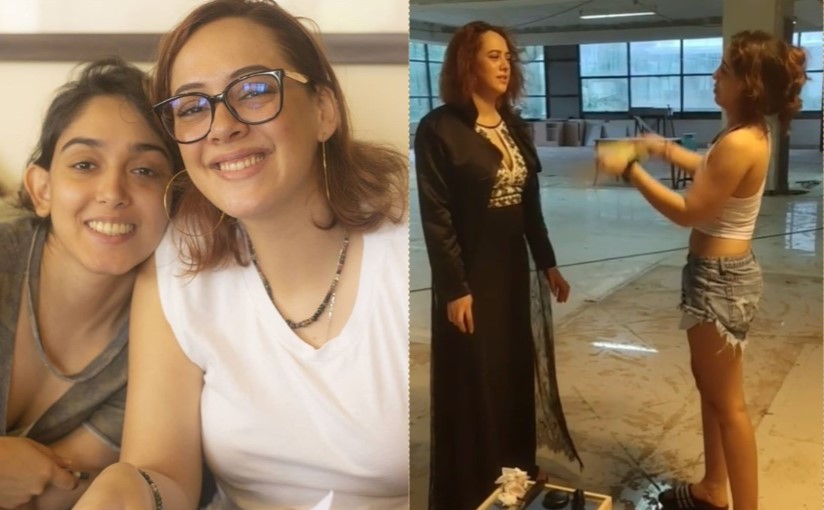 Sharing photos of her two friends, actors Vijay Varma and Gulshan Devaiah, Ira wrote, “My new muses?.” In the photo, both Gulshan and Vijay were seen posing for the camera in a playful mood. 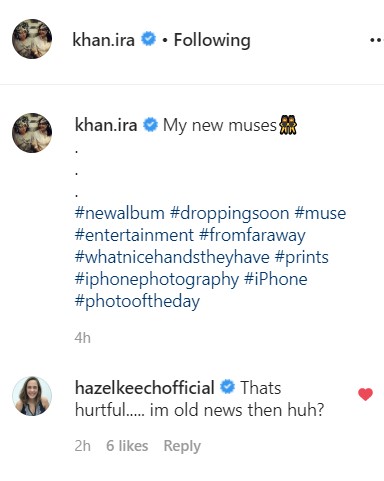 Ira clarified indicating that nobody was capable of replacing Hazel in her life as she emphatically replied, “What? Never!”

Both Ira and Hazel are known to very good friends. Last year, Hazel had sensationally revealed that she had borrowed an outfit from Ira to wear for the Diwali party organised by Mukesh and Nita Ambani. Hazel’s Instagram post had read, “What is friendship? Friendship is when carry your clothes to a shoot and you’re getting ready for a Diwali party but you forget your kurta at home…… so your friend loans her top! Thank you for your top @khan.ira you were my live saver! (And what a compliment/body-loving moment that I fit into your top).”

Hazel Keech and Ira Khan’s friendship is not new. In September last year, Ira had taken to Instagram to announce that Hazel had said yes to the proposal of playing the lead role in her directorial venture Medea. A jubilant Ira had shared a photo of her going down on one knee to Hazel, who’s now the wife of former India cricketer Yuvraj Singh. But little did one know that their friendship was so thick that Ira would even lend her her top for Hazel to wear at the Ambani party.