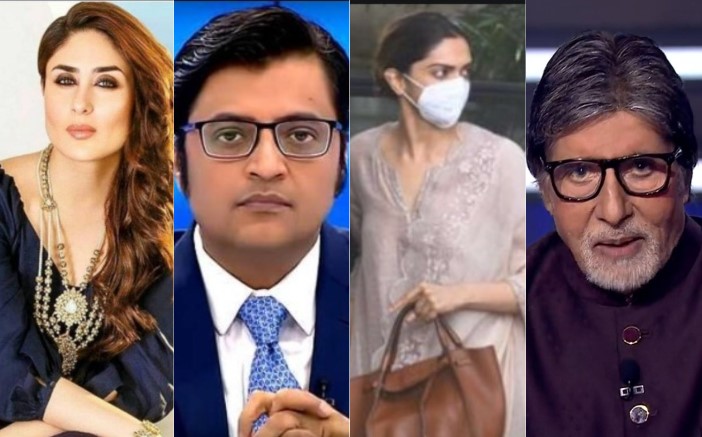 The question where Deepika and Ranveer featured read, “Starting from the earliest, arrange these Hindi film couples according to the year in which they got married.” The options were Aishwarya Rai Bachchan-Abhishek Bachchan, Kareena Kapoor Khan-Saif Ali Khan, Kajol-Ajay Devgn and Deepika Padukone-Ranveer Singh.

Bachchan later explained to the contestants how Kajol and Ajay Devgan were the first to get married in 1999 followed by his own son Abhishek Bachchan, who married Aishwarya Rai in 2007. The veteran actor then said that Saif and Kareena had tied the knot in 2012, while Deepika and Ranveer got married in 2018.

Little later in the programme, Bachchan played a song from film Good Newwz featuring Akshay Kumar, Kareena Kapoor Khan, Kiara Advani and Diljit Dosanjh among others. Kiara, a childhood friend of Isha Ambani, had recently opened up about growing up with the daughter of India’s richest businessman, Mukesh Ambani.

Good Newwz, which went on to collect more than Rs 300 crore at the box office, had Karan Johar as one of the producers.

Deepika featuring on the KBC assumes significance in light of Arnab Goswami’s recent meltdown against her during the coverage of the drug racket case. Goswami had mocked Deepika Padukone by quoting the content of her deposition before the Narcotics Control Bureau. The Republic TV founder had claimed that Deepika told the NCB that she was procuring ‘doob’ through her WhatsApp chat group. He had said, “Doob is a filled cigarette. This is not drugs. Then this Dam Maaro Dam gang should also inform the nation that hash and weed are not drugs.”

Then, addressing Deepika he had yelled, “Tell me Deepika, hashish is an ice cream for you, right? This hash and weed are not drugs. Then, are these spices to be used in vegetables?”