A viral restaurant bill claiming that five Indian cricketers consumed beef in Australia has prompted Twitter trolls to target Rohit Sharma, alleging hypocrisy. This was after a Twitter user shared a receipt on Twitter claiming that he had paid the bill for a meal consumed by five Indian cricketers namely Rohit Sharma, Rishabh Pant, Navdeep Saini, Shubman Gill and Prithvi Shaw. 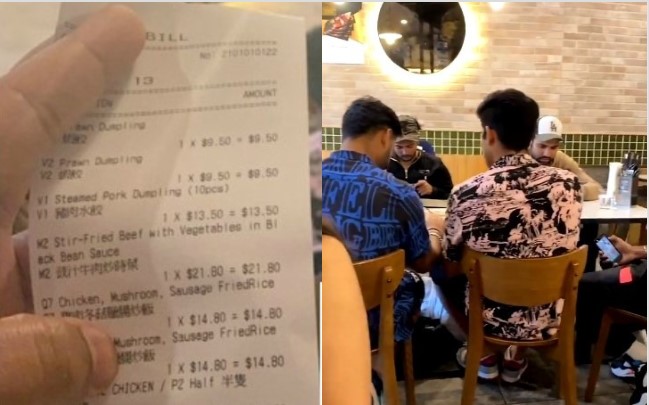 However, right-wing Twitter trolls were enraged by one particular item in the bill, Stir Fried Beef with Vegetables. This prompted them to dig out Sharma’s old tweets asking people to be compassionate towards animals while celebrating the festival of Holi.

This is how trolls reacted:

A Hindu can never eat beef and a beef eater can NEVER BE A HINDU.#Beef#RohithSharma

And from today shrma ji ka ladka lost respect .
If eat beef your no more Hindu .
You just Making our religion down .
A country where majority is of Hindu . #BCCI offering beef .#RohitSharma#beef pic.twitter.com/egA5hS23mZ

However, there were others, who defended the five cricketers and their right to eat beef even if the claim on the authenticity of the bill was true.

So Trending in Twitter is #Beef. 5 Indian Players including Rohit Sharma currently in isolation for bio bubble breach ordered beef and pork for lunch in Melbourne Chinese restaurant.
Just waiting for the Trend from Bhakts#boycottindiancricket#BoycottRohitSharma.???

Five Indian cricketers are being criticized for ordering a #beef dish in a restaurant in Australia but not for possibly breaking #Covid protocol! One should be happy that no one talking to lynch them, yet.

You cannot judge on anyone’s choice to eat beef or something… Then why the hell are we feeding outsiders beef. Priority is to feed our country people and we are 2nd largest exporter of beef. And it’s banned here?
Totally irony..#beef#RohithSharma #ShubmanGill #RishabhPant pic.twitter.com/7pKIfsPhDA