Singer Sonu Nigam has indirectly hit out at Salman Khan for torturing newcomers in Bollywood particularly rising singers. He warned that soon a singer, songwriter or music composer could commit suicide because of harassment faced in the entertainment industry by Bollywood mafia. His explosive reaction came just days after Sushant Singh Rajput’s suicide. He also accused two music companies of controlling singers like a mafia. 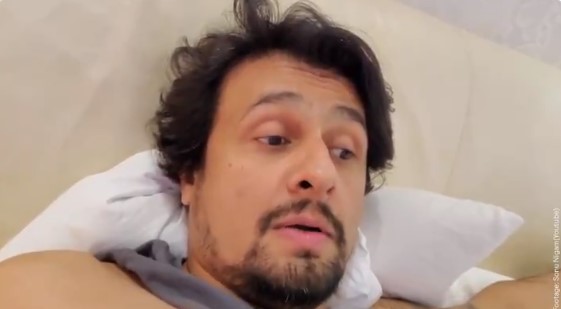 In a video message, Sonu said, “It happened to me. I have sung a song and then the same actor, who is facing criticism these days, says that ‘don’t let him sing.’ He did the same thing to Arijit Singh. What’s this? How can you use your power like that? It’s even embarrassing to say that many of my songs have been dubbed. This is humiliating, isn’t it? I don’t ask for work. First, you call me to sing and once I’ve sung, you dub my song.”

Sonu said that nine singers were being employed to sing one song in a bid to inflict insult on people fallen out with top names in the entertainment industry. He said that soon a singer, music composer or lyricist could die by suicide just like Sushant Singh Rajput did.

Sonu said, “Today, Sushant Singh Rajput, an actor has died. Tomorrow you can hear the same about any singer, music composer or lyricist because there’s a bigger mafia that exists in the music scene than those making films in India. I understand it’s important to do business and there are people who want to rule the industry. I was lucky that I entered at a very young age so I could escape their clutches. But it’s a difficult scenario for the new kids.”

Sushant was believed to have been undergoing mental depression. Bollywood fans lashed out at stars such as Karan Johar, Alia Bhatt, Ekta Kapoor and Salman Khan for promoting nepotism at the cost of rising talents such as Sushant. A criminal complaint was filed in Bihar’s Muzaffarpur against  Salman Khan, Karan Johar, Ekta Kapoor, Aditya Chopra and Sanjay Leela Bhansali of abetting the suicide of actor Sushant Singh Rajput.

Salman Khan had allegedly refused to use a song sung by Arijit Singh in one of his films. A desperate Arijit had then taken to social media to apologise for insulting Salman Khan during an award show.

Arijit, in an award function in 2014, had allegedly insulted Salman when he went to pick up an award for Kyunki Tum Hi Ho.. song. While on stage, he had said, ‘aap ne to sula hi diya (You made me sleep)’ implying that the actor’s presence had caused him enough boredom.

This had apparently angered Salman, who refused to include Arijit’s song in his film Sultan. When asked to comment on Arijit’s public apology, Salman had disdainfully said, “Who’s that?”