Tina Ambani wrote a heartfelt note wishing Jackie Shroff and his wife Ayesha Shroff on their 43rd wedding anniversary. But neither the veteran actor nor his wife have chosen to even acknowledge Tina Ambani’s adorable gesture. Both of them appear to have snubbed the sister-in-law of India’s richest businessman Mukesh Ambani. This came just weeks after Tina wrote a heartfelt note to her nephew Akash Ambani and his wife Shloka Mehta on their first wedding anniversary. 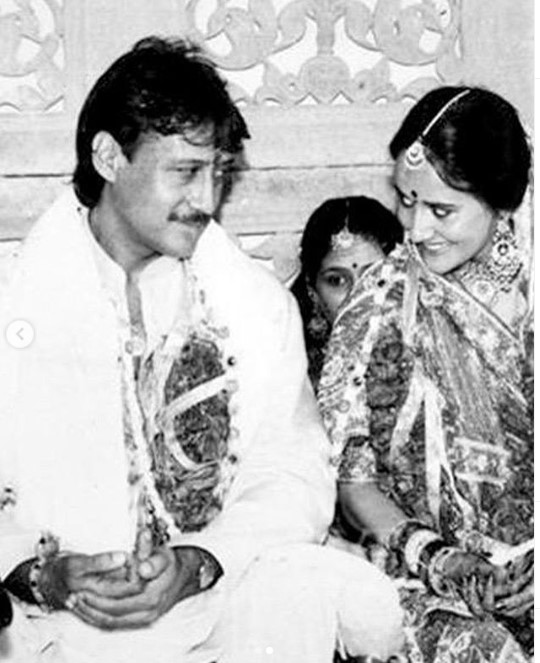 Even though Tina tagged both Jackie and Ayesha in her post, neither of them chose to even like her anniversary greetings, let alone acknowledging it with a ‘thank you’ note.
Once termed India’s richest billionaire businessman, Anil Ambani’s graph has fallen alarmingly in recent years. He had told a UK court this year in February that his ‘net worth is zero’ and that he was bankrupt.

One wonders if Jackie Shroff or his wife could afford to snub Mukesh Ambani’s wife Nita Ambani in the event that she chose to extend a similar anniversary greeting on a social media platform. Jackie Shroff’s son Tiger Shroff too has become an established actor in Bollywood.

Tina, a former actress herself, has been wishing friends and family members on landmark occasions in their lives. Not too long ago, she wrote an adorable note for her nephew Akash Ambani and his wife Shloka Mehta as the couple celebrated their first wedding anniversary on 11 March. Tina’s post had read, “To a beautiful couple who are always in sync, perfectly matched, and brimming with love. Happy anniversary Akash and Shloka, stay blessed always ?”

Last week, she penned an equally heartwarming note for her husband Anil Ambani on his birthday.