Siddharth Shukla has once again dominated the proceedings of the  Bigg Boss house for the wrong reasons. Colors TV on Wednesday once again came under criticism for its brazen biases in favour of Siddharth Shukla after the TV channel sent the latter’s friends, Jay Bhanushali and Jasmin Bhasin, to take part in a Christmas task. As expected, Siddharth’s team won since most of the guests were his friends and were accused of favouring him right from the beginning. Jasmin, it was alleged, was another ‘girlfriend’ of Siddharth’s and was brought inside the house to help Siddharth. 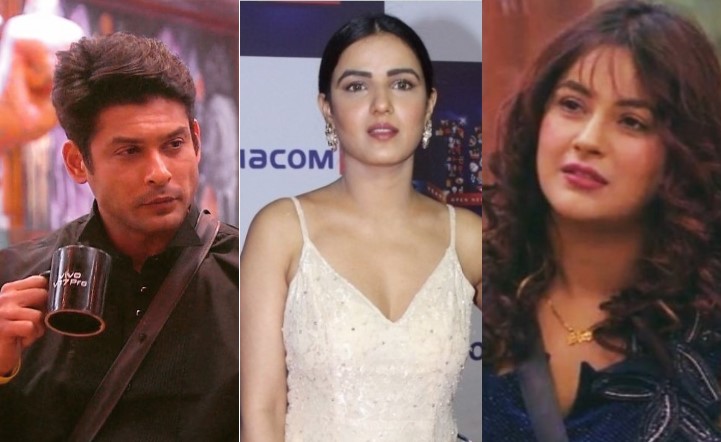 Throwing the rules of the game out of the window, Jasmin was seen giving advice to Siddharth and how his abusive behaviour was making him look bad outside the show. At one point, she also joined Siddharth to make fun of Rashami Desai. By her own admission, Jasmin told Shehnaaz Gill that she was jealous of her since the former had the same ‘friendship’ with Siddharth at one point of time. In reply Shehnaaz said that she too was now jealous of her upon learning about Jasmin’s past relationship with Siddharth. Shehnaaz, however, felt that both she and Jasmin had similar eyes. To which, Paras said that Siddharth was perhaps trying to find Jasmin in Shehnaaz in the Bigg Boss house.

As Jasmin left the house, she was heard telling Siddharth, “Isko Harana Hai (You have to defeat her).” This was believed to be in reference to Rashami Desai, who had acted with Jasmin and Siddharth in Dil Se Dil Tak.

[Also Read: “Even if Siddharth Shukla kills someone in the house, he would be justified and made to look like a hero! SHAME”: Producer Sandiip Sikcand lashes out at Bigg Boss]

Shehnaaz detecting a similarity with Jasmin became a butt of jokes on social media as users poked fun at them while highlighting the reality show’s biases for Siddharth.

The only difference is

Shehnaaz is made in China..

Jasmin designed in India but assembled in China..

Use #FlopActressJasminBecomePR in ur every tweet for tonight episode ?

It’s small activity for our Real Life Nagin @jasminbhasin In the joy of her welcome ??#BB13 #BiggBos13 #MerryChristmasRashamiDesai

She is nagin in real life too?#FlopActressJasminBecomePR

This year’s Bigg Boss show has become hugely controversial because of its biases and Colors TV doing away with rules to promote violence and promote Siddharth Shukla. Siddharth also became the first contestant in history to show host Salman Khan his place. For all his stardom, Salman looked incredibly helpless over the weekend as Siddharth raised his voice and placed Salman on the backfoot. The Bollywood megastar was reportedly forced to mellow down his aggression towards Siddharth after being reportedly told to do so by the makers of the reality show.