This year’s Bigg Boss has seen plenty of references to top Bollywood stars such as Katrina Kaif, Aishwarya Rai and Ajay Devgn. Some of the Bollywood stars such as Kartik Aaryan and Ananya Panday also entered the house of the Colors TV’s reality show to promote their film. Wednesday was no different as Shehnaaz Gill, the self-proclaimed Katrina Kaif of Punjab, dragged Kartik Aaryan into a conversation with Siddharth Shukla. Shehnaaz’s comments about Sara Ali Khan’s rumoured boyfriend left Siddharth in splits. 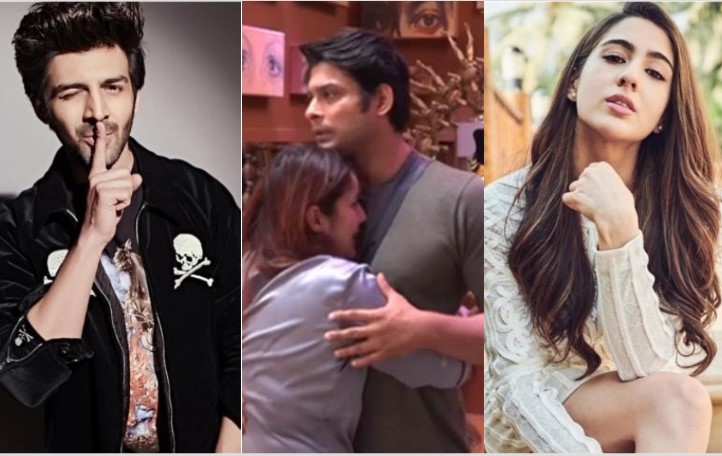 Siddharth had teased Shehnaaz that she may have several boys waiting in a queue to date her once she left the Bigg Boss house. To which, Shehnaaz said that while a few boys would have liked to date her but she may not be inclined to reciprocate their feelings. When asked for the reason, Shehnaaz said that her stature had increased manifold after Kartik Aaryan hugged her inside the Bigg Boss show.

Shehnaaz has been lately wooing Siddharth to return to being the same old friend that he was before the two fell out over the former’s public proclamation of love for Paras Chhabra. Though the two have returned to being on talking terms, Siddharth’s behaviour was indicative of the fact that he was no longer prepared to buy into Shehnaaz’s claims of loving him.

There have been plenty of rumours on the break-up of Kartik and Sara. Several media reports have claimed that both Kartik and Sara have split and moved on with their respective lives. Kartik is also reported to have started dating Ananya Panday. When asked about his break-up, Kartik was quoted by News18, “Do rotiyan Ananya ke sath tod li, toh sabne puch liya. I did an ad with Mr. (Amitabh) Bachchan and shared it on Instagram that it was on my bucket list. But no one asked me about it.”