The Supreme Court of India has initiated contempt proceedings against comedian Kunal Kamra and cartoonist Rachita Taneja for their criticism of the top court on special treatment extended to Republic TV founder Arnab Goswami. The top court on Friday asked both Kamra and Taneja to respond to allegations of contempt within six weeks. They, however, need not show up in the court in person on the next hearing. 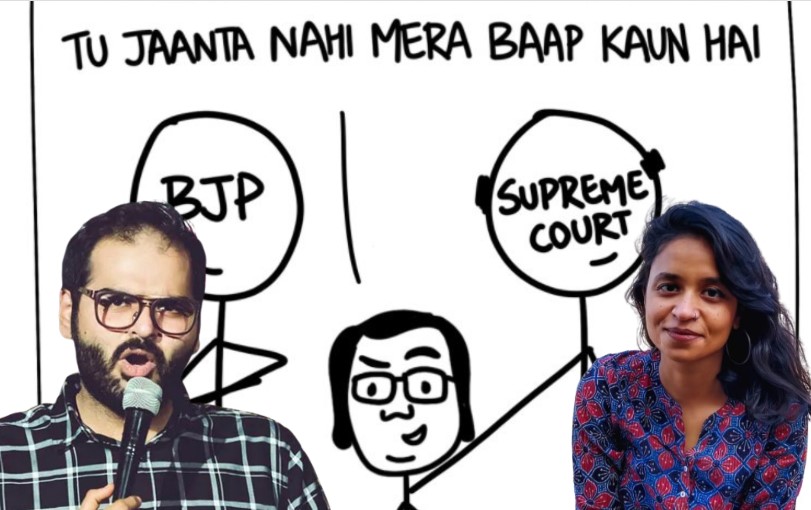 Last month, India’s Attorney General KK Venugopal had controversially given his sanction to initiate a contempt case against comedian Kunal Kamra for his tweet showing the middle finger to the country’s Chief Justice SA Bobde. The request for the AG’s nod had come from an advocate, Anuj Singh of the Allahabad High Court.

Responding to Singh’s request, Venugopal had written, “The depiction of the two fingers with the legend that he means the middle one, is to deliberately insult the Chief Justice of India, which would equally be an insult to the Supreme Court of India itself, which the Chief Justice Heads.”

In another tweet, he had shared a morphed photo of the Supreme Court, which was painted in saffron and a BJP flag flying on top. Venugopal wrote in his consent letter, “This is a gross insinuation against the entirety of the Supreme Court that it is not an independent & impartial institution & so too its judges, but on the other hand is a court of the ruling party, the BJP, existing only for BJP’s benefit.”

Giving sanction to initiate contempt proceedings against her, the attorney general had said that her cartoons amounted to ‘gross insinuation’ against the top court and ‘audacious assault and insult to the institution’