In a massive development, Uvalde Consolidated Independent School District Superintendent Hal Harrell on Wednesday said that Uvalde School District Chief of Police Pete Arredondo had been placed on leave as investigations continue into the mass shooting that left at least 19 students dead. 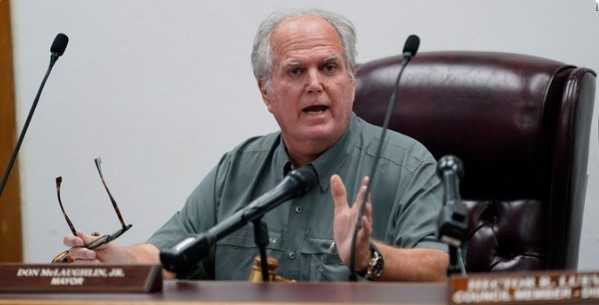 Harrel said, “Because of the lack of clarity that remains and the unknown timing of when I will receive the results of the investigations, I have made the decision to place Chief Arredondo on administrative leave effective on this date.”

One Salvador Ramos had entered a school in Texas last month and gunned down 19 children and two teachers. Ramos himself was killed in police encounter. However, the cops had under widespread condemnation for not neutralizing the shooter before he killed so many innocent people.

According to CNN, Uvalde Mayor Don McLaughlin earlier condemned the Texas Department of Public Security for its lack of transparency. McLaughlin accused its director, Col. Steven McCraw, of intentionally minimizing his agency’s mistakes in the weeks following the massacre at Robb Elementary School.

McCraw had earlier said, “Three minutes after the subject entered the West building, there was a sufficient number of armed officers wearing body armor to isolate, distract and neutralize the subject.”

He had added, “The only thing stopping the hallway of dedicated officers from entering rooms 111 and 112 was the on-scene commander, who decided to place the lives of officers before the lives of children.”

Who Is Salvador Ramos

According to Texas Department of Public Safety Sergeant Erick Estrada, Ramos was engaged in at least two incidents before he killed 19 children and two teachers dead at Robb Elementary School in Texas.

The first incident involved Ramos shooting his grandmother, who had to be airlifted to a hospital. In the second incident, the killer teen crashed a vehicle near the elementary school.