Sudhir Chaudhary has been facing brutal social media roasting with ‘single source’ jibe after a journalist working for rival channel India Today claimed ’66 people have tested positive at Zee News.’ This came amidst allegations that Chaudhary had forced his staff to work even after they tested positive for coronavirus. The Zee News editor had later taken to social media to claim that his words had been distorted. 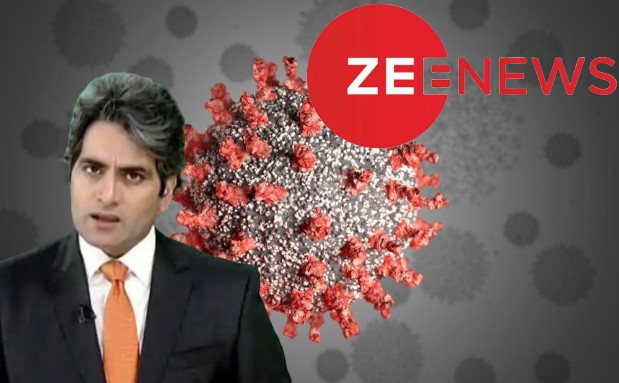 Journalist Milan Sharma took to Twitter to write, “A total of 66 people have tested positive at Zee News. It has emerged to be a cluster.” #Covid_19.”

A total of 66 people have tested positive at Zee News. It has emerged to be a cluster. #Covid_19

This prompted Twitterati to target Chaudhary reminding him about his malicious campaign against Tablighi Jamat. Many have been demanding that the government initiate a criminal action for allegedly forcing his staff to work despite COVID-19 infections.

I wish the 66 people who have tested positive at Zee news well- I hope they recover soon. I am determined to not behave with them as they did with the Tablighi Jamaat. Perhaps they will learn from this,that bigotry must be shunned, though I do not have much hope of that

Total 66 people have confirmed Covid-19 positive at Zee News. Those infected had attended the office aswell. Let’s blame Tablighis for this. Kyon?

Just In: One of my friend who is working in Zee Hindustan told me that only one man is responsible for covid spread in Zee News group..

Sources say, the number of employees who have tested positive is close to 79 at Zee news. https://t.co/PkisTpbsti

Earlier this week, Twitter had exploded in anger as Zee News confirmed that 28 of its staff members had tested positive for coronavirus. A journalist took to Twitter alleging Tablighi Jamaat-like discriminatory treatment being meted out to own colleagues by those working for WION, Zee Media’s English TV channel. This prompted Chaudhary to imply that those testing positive for COVID-19 had shown the courage to come to the office instead of sitting at home and creating memes.

Chaudhary had denied allegations by implying that his colleagues were brave to work despite infections while others sat home to create social media memes.