Krushna Abhishek of The Kapil Sharma Show has broken his silence on his decision to boycott the popular Sony TV programme to avoid a confrontation with his uncle Govinda. This was after Kapil Sharma left Archana Puran Singh visibly worried by raising the issue of Krushna’s strained relationship with Govinda in the presence of his guest Nawazuddin Siddiqui. A visibly stunned Archana Puran Singh breathed sigh of relief after Krushna Abhishek responded to Kapil Sharma’s provocation to take an extraordinary dig at uncle Govinda. 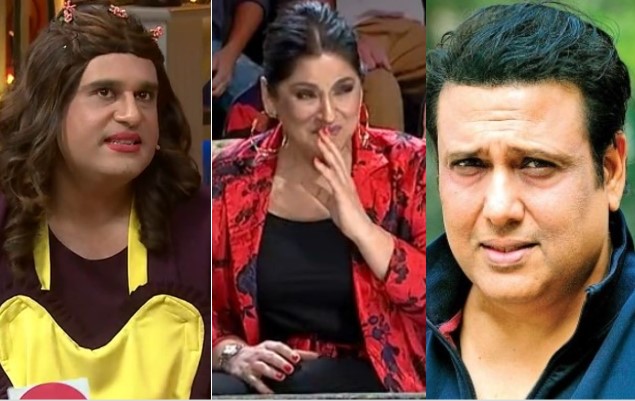 A visibly upset Krushna got up from his seat and asked, “What about my uncle? Didn’t he just come to promote himself?” This drew a big round of applause from Archana Puran Singh, who was beginning to get worried by the mention of Govinda’s name by Kapil given their history of animosity.

Krushna, however, clarified that he had heard about his uncle arriving on the show to promote himself. He said, “I was away somewhere. I was busy and couldn’t come.”

This is the first time Sapna has broken his silence about his decision to boycott his own show that has catapulted him to new stardom and fame. Krushna had chosen to boycott The Kapil Sharma Show when his uncle, legendary actor Govinda, appeared a few weeks ago. His appearance had triggered a full-blown controversy after Krushna decided to stay away from the show to avoid a possible confrontation.

Later, speaking to a media outlet, Krushna had said that ‘when the relationship between two people is strained, it’s difficult to perform comedy.’ Govinda had later reacted angrily accusing Krushna of making defamatory remarks about him.