Right-wing supporters have launched a sustained attack against Saif Ali Khan, demanding the arrest of Sara Ali Khan’s father for his comments on Sita. Hashtag ‘Arrest Saif Ali Khan’ trended on Twitter as many accused him of ‘humanising Ravan’ the same way he had ‘humanised Taimur’ by naming his son after the 14th-century central Asian ruler. 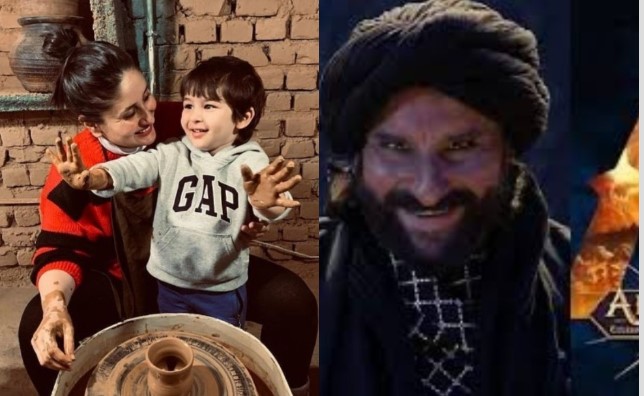 This was after Saif recently said that his upcoming film Adipurish intended to portray the humane face of Ravan.

“..We will make him humane, up the entertainment quotient, justify his abduction of Sita and the war with Ram as revenge for what was done to his sister Surpanakha by Lakshman, who cut off her nose,” Saif had said in a recent interview.

He humanised Taimur. Now wants to humanise Ravan. But when will Saif Ali Khan humanise himself?

Here is Saif Ali Khan wanting to make Ravan humane…. and there you are trying to demonise Taimur.
Such a travesty! pic.twitter.com/k37HqQzkRZ

What right does the non-knowing Ramayana play with the facts of Ramayana? This is an insult to the religions of Hindus!
Saif Ali Khan is the modern Aurangzeb who mixes with history.#अरेस्ट_सैफ_अली_खान@Np_Hjs pic.twitter.com/JrabpDiYqm

Faced with an adverse reaction on Twitter, Saif issued a statement expressing a ‘sincere’ apology for his comments. He was quoted as saying, “I’ve been made aware that one of my statements during an interview has caused a controversy and hurt people’s sentiments. This was never my intention or meant that way. I would like to sincerely apologise to everybody and withdraw my statement.”

Produced by T-Series, Adipurish stars Saif Ali Khan and Baahubali star Prabhas among others. The film is an on-screen adaptation of the Hindu mythological tale Ramayana. While Prabhas will be playing the character of Lord Ram, Saif will be seen in the role of Ravan. Om Raut, who directed Tanhaji: The Unsung Warrior, is the director of Adipurish.