Siddharth Shukla on Wednesday night faced the biggest setback as Bigg Boss contestant after he formally split with his special friend Shehnaaz Gill aka Punjab’s Katrina Kaif. He bluntly told Shehnaaz that not only was he unfit to find a place in his life, she was also not capable of being loyal to any other men. 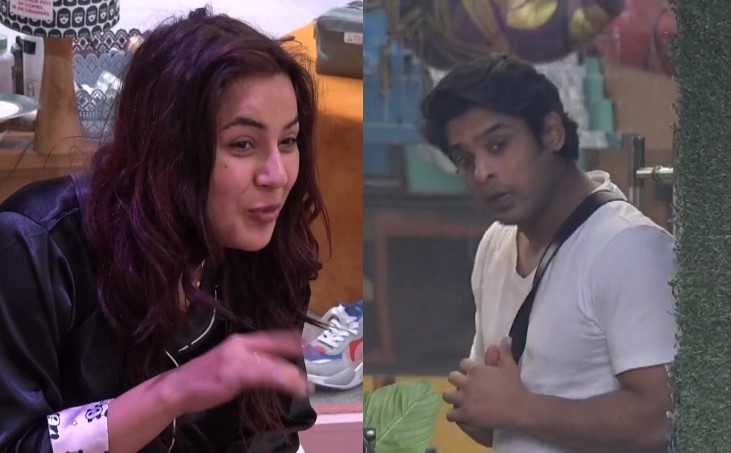 This all started by Siddharth making sarcastic comments aimed at Shehnaaz, “There’s no match to your level and my level…You are free to make your gang.” At one point he told Shehnaaz, “Baby, I am not Himanshi Khurana.” This left Shehnaaz infuriated since she never enjoyed a good rapport with Himanshi inside the Bigg Boss house.

Shehnaaz later told Shefali Jariwala that she still had some soft spot for Siddharth. She asked Siddharth to behave himself.

Arti Singh, sister of Krushna Abhishek of The Kapil Sharma Show, was visibly concerned by the split between Siddharth and Shehnaaz. But Shehnaaz told him to steer clear of her whenever she was engaged in a heated discussion with Siddharth.

Shehnaaz was upset that Siddharth had questioned her character when he said that the former was incapable of being loyal to anyone since she had betrayed her own parents. “Do you know it better that I was not loyal to my parents? Don’t you dare lower my character here.”

It seems that Siddharth was unhappy with Shehnaaz because of her growing closeness with Asim Riaz, who he’s been fighting with all through this season of Colors TV’s reality show.