Mukesh and Nita Ambani are the richest business couple of Asia with considerable media spotlight falling on the family with regularity. The media frenzy increased particularly after their children Isha Ambani and Akash got married to Anand Piramal and Shloka Mehta respectively. But, not many know that both Isha and Akash were IVF babies. 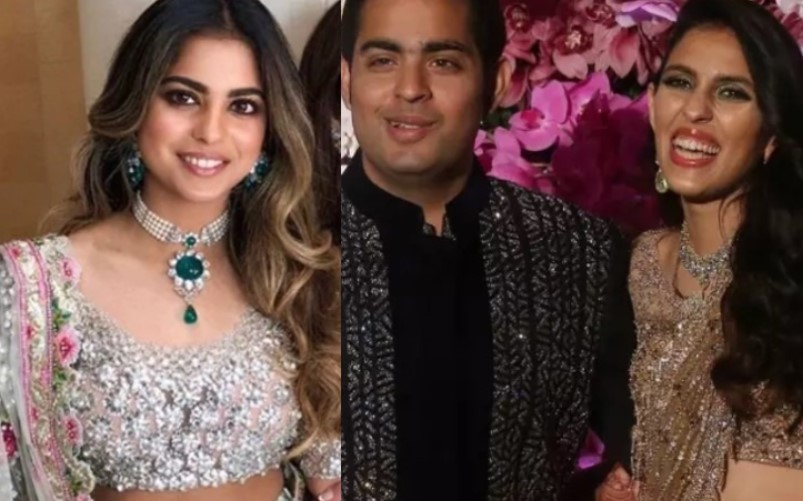 Soon after her marriage, Isha had appeared on the cover of the Vogue magazine. Speaking to the magazine, she had made a startling revelation about herself and brother Akash. She had said, “My parents had us after seven years of marriage, my twin Akash and I were IVF babies. When my mother finally had us, she wanted to be a full-time mum initially. Later, she went back to work when we were five, but she was still a tiger mom.”

For the magazine cover, according to Hindustan Times, Isha had worn contrasting black and white separates that showcased Australian designer Toni Maticevski’s artsy, romantic take on draping, layering and ruffling. Isha’s dramatic skirt, worth AUD $4,500, approximately Rs 2,32,300, is a confection of layered lace and ruffles edged. The form-fitting silhouette featured an intricate lace overlay, playful ruffle detailing, monochromatic hand-embroidery and an asymmetrical hemline. Isha Ambani’s tucked-in white shirt had a feminine feel, thanks to the romantic sleeves and the belted waist. It costs AUD $1,100, approximately Rs 56,800.

Earlier this month when the Ambanis invited a galaxy of stars to their house to celebrate  Ganesh Chaturthi, Nita Ambani had made a special appearance before the waiting photographers with Isha. This was the first time Ganesh Chaturthi was celebrated by the Ambanis since Akash-Shloka and Isha-Anand got married.