Terror-accused BJP MP from Bhopal, Sadhvi Pragya Thakur, had to face considerable humiliation on Wednesday after a group of students in her own constituency called her a ‘terrorist’ and asked her to leave the venue of their protests. They shouted aatankwadi wapas jao slogans in a reference to Pragya’s involvement in the Malegaon terror attacks. 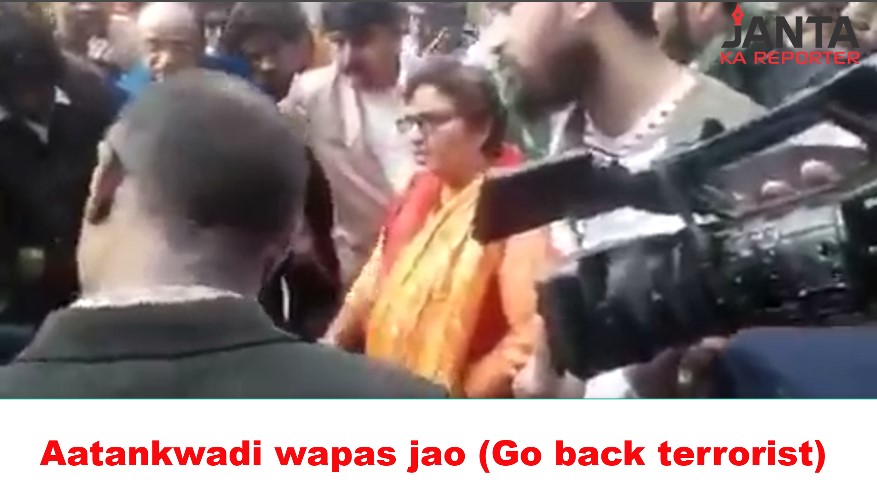 Pragya had arrived at Bhopal’s Makhanlal Chaturvedi National University of Journalism and Communication to meet the protesting students when she faced the public embarrassment.

Pragya has twice insulted Mahatma Gandhi by calling his killer, Nathuram Godse, a patriot. First, she called Godse, deemed to be the first terrorist of independent India, a patriot during the Lok Sabha polls. She repeated the same line during the just-concluded winter session of the parliament.

Pragya had faced humiliation recently after she demanded travelling business class. An ordinary citizen had asked her if she had any shame left for her behaviour, which was unbecoming of a public representative.