Shahrukh Khan and Odean Smith pulled off a sensational win for Punjab Kings as the team owned by Priety Zinta successfully chased 205 runs scored by Royal Challengers Bangalore. This despite Virat Kohli and Faf du Plessis playing explosive knocks to take the RCB’s total to 205-2 in 20 overs. This was the first match without Virat Kohli as the captain. 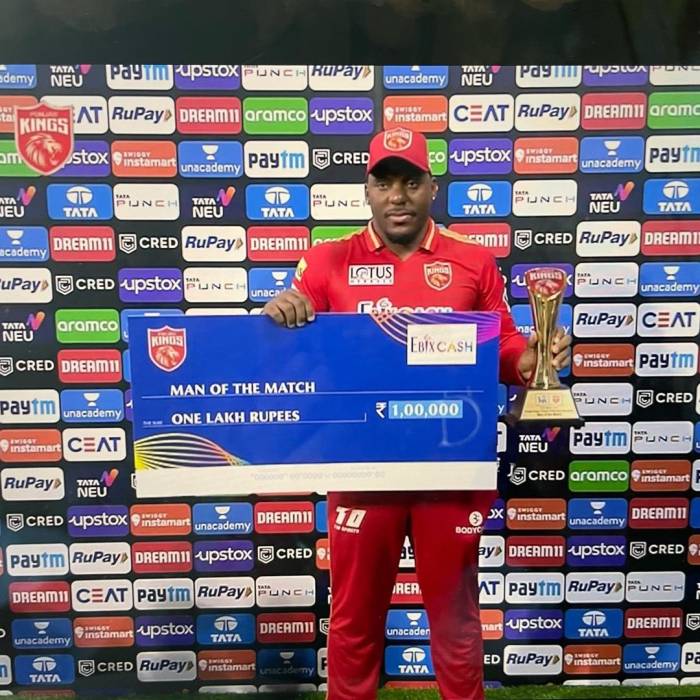 Batting first, Royal Challengers Bangalore made 205-2. Kohli’s successor du Plessis made 88 runs in just 57 balls with his knock including three boundaries and seven huge sixes. Virat Kohli took 29 balls to remain not out at 41.

In response, Punjab Kings achieved the target with one over to spare. Their victory was made possible by two fiery knocks by Shahrukh Khan and Odean Smith, who added 52 runs in 4.1 overs. Khan made 24 in 20 balls while Smith took eight balls to score 25. Khan was also responsible for taking the catch of du Plessis earlier in the match.

du Plessis said after the match, “I think the batting was really good. I think we probably dropped Odean Smith on 10 and it is about the cliche of catches win watches. There was a bit of dew out there, a tough night for the bowlers, but I thought they were pretty decent with the wet ball. Small margins, but Punjab chased it down really well. The ball skidded on a bit more in the second innings and then we pulled it back beautifully. We did a lot of good things in the middle but you know what Odean Smith can do to you.”

Punjab Kings skipper Mayank Agarwal said, “Two points for us is very important. Very good wicket as both sides scored 200+, one or two balls held up but nothing apart from that. Credit to the way we finished, we took the right chances and am glad it came off. Virat and Faf took the game away from us but credit to our batters to chase this down. We trust our skills. If it doesn’t come off, it doesn’t come off but we are not going to panic and make a scene out of it.”

Smith was declared Player Of The Match for his brilliant knock.