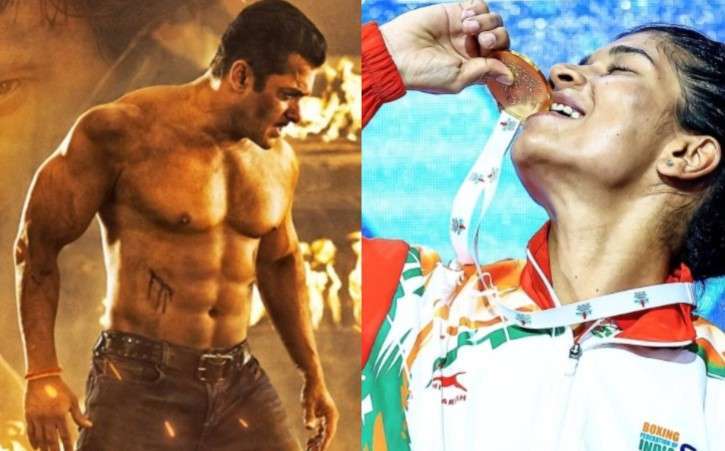 Speaking on a TV channel, Nikhat had said how she was a huge fan of Salman Khan and it was her dream to meet the megastar after she wins an Olympic medal for India in the future.

When the TV anchor asked Nikhat if she had received a message from ‘Salman bhai,’ Nikhat replied, “Who brother. He must be your brother.”

Also Read: “Am I trending on Twitter?” How Nikhat Zareen reacted after being crowned World Champion; father recalls taunts on ‘shorts’

“I’ve never said him bhai. He must be the brother for others, but he is my soul. Salman, I am his huge fan. It’s my dream to meet him,” Nikhat told NDTV.

She added, “My dream is to first win an Olympic medal and then travel to Mumbai to meet Salman Khan.”

Little did Nikhat know that Salman would react to the public proclamation of love. Salman tagged Nikhat to write on Twitter, “Congratzz on this gold Nikhat …
@nikhat_zareen.”

Buoyed by her screen idol’s personal message, Nikhat had written on Twitter, “Being a die hard fan girl, It’s one of my favourite dream that has come true. I could never believe that @BeingSalmanKhan would tweet for me. I’m so much humbled. Thank u so much for making my win more special . I’ll savour this moment forever in my heart.”

A gracious Salman then replied, “Just don’t knock me out 😂😁. Lots of love .. Keep doing what u doing n keep punching like my hero Sylvester Stallone….”

Nikhat’s global glory has made her the newest sporting sensation in India. This is the first an Indian woman has achieved the feat since Olympic medallist Mary Kom won the title in 2018.

From Prime Minister Narendra Modi to industrialist Naveen Jindal and Bharat Ratna Sachin Tendulkar, everyone had congratulated Nikhat on her world title.