Rajasthan Royals on Friday thrashed Chennai Super Kings by five wickets to finish second in the points table in IPL 2022. Mahendra Singh Dhoni-led side are already knocked out of the competition, winning just three matches. 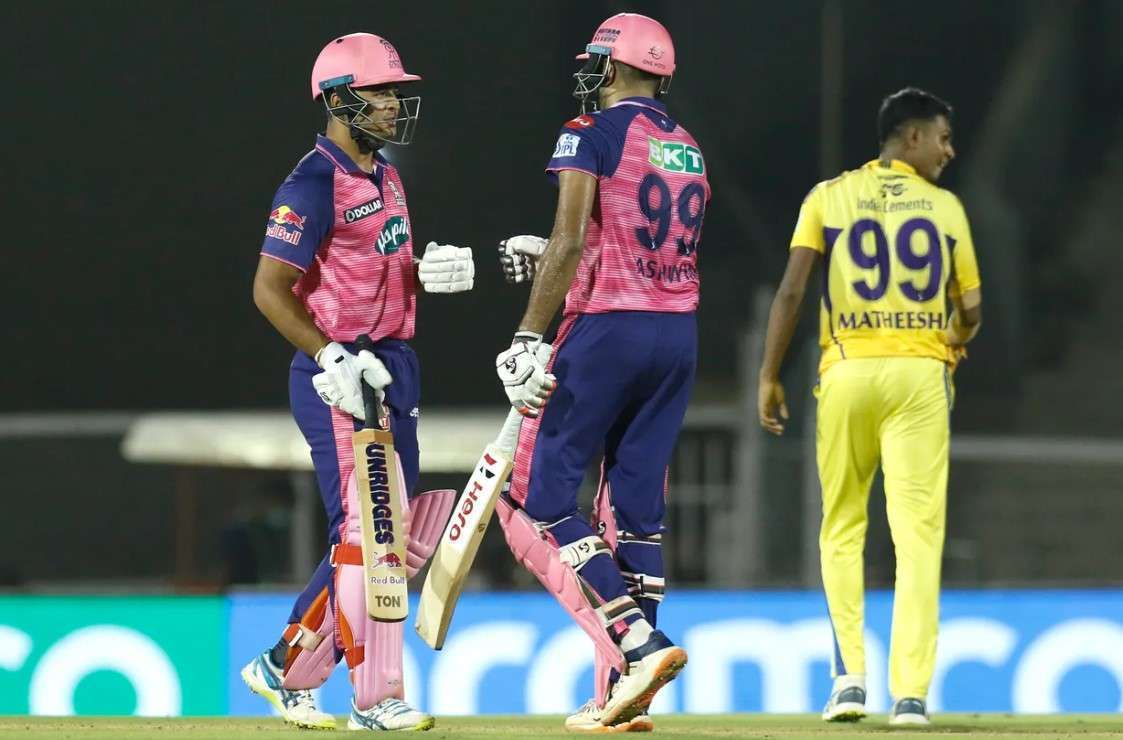 Batting first, the CSK made 150-6 in 20 overs despite scoring 84 in the first six overs of the match. Moeen Ali was the top scorer with a knock of 93 from 57 balls.

Rajasthan Royals achieved the target by losing just five wickets with two balls to spare. Yashasvi Jaiswal made 59, while Ravichandran Ashwin contributed with 40 from 23 balls.

Dhoni, who was out for 26, later said that his side fell short of 15 runs in their total. Defending his batsmen’s decision to slow down the run rate after losing three quick wickets, Dhoni said that they wouldn’t have had a decent total to defend had they continued with their aggressive batting.

With today’s win, the RR became the third team to qualify for the play-off stage. The other two teams already in the last four stage are Gujarat Titans and Lucknow Super Giants.