Salman Khan has repeatedly faced allegations of glaring biases in favour of Siddharth Shukla during this season of Bigg Boss. On Monday night, India TV owner Rajat Sharma reminded Salman that he was being seen as protecting Siddharth Shukla. This prompted the Bollywood megastar to finally issue a clarification stating that there was no truth in these allegations levelled against him. 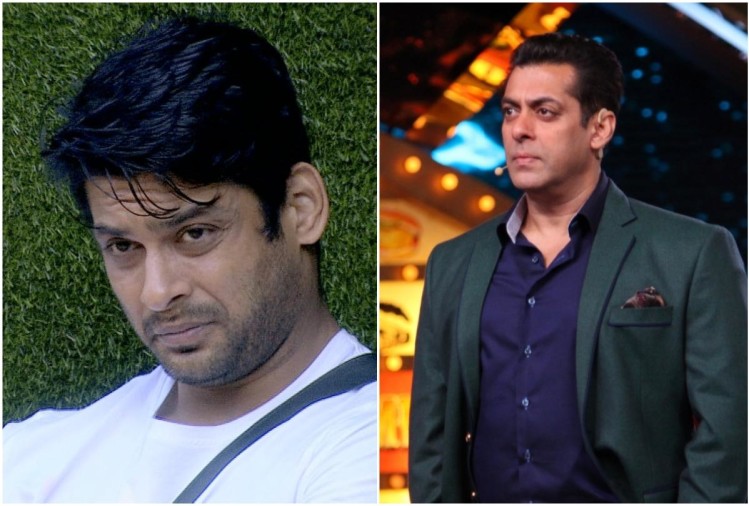 Rajat Sharma asked him, “You also told Siddharth Shukla to be careful of Shehnaaz Gill and it wasn’t a good idea to come so close to her. This gave the impression that you were trying to be protective of Siddharth.”

Salman replied, “No, I was trying to be protective of Shenaaz. I felt that Shehnaaz is a 16,17,18-year-old girl and Siddharth is a matured man. I thought that she may be misled. The way she was hitting herself, I thought that she mustn’t harm herself when she comes out of the house. That’s why I had warned Siddharth to be careful since life outside can be a little stressful. But, then I came to know that she is 25 years of age and is pretty sorted and is only trying to play her game, then I was very happy.”

Not too long ago, Salman had warned Siddharth to be careful of Shehnaaz after the latter threw a tantrum during a Weekend Ka Varr show. Such was Salman’s anger that he had refused to speak to the contestant, who claims to be Punjab’s Katrina Kaif. Salman was also visibly unhappy that Shehnaaz had compared herself with his ex-girlfriend.

The Colors TV’s reality show has entered its final week before this year’s winner is decided. Most of the users on the microblogging site Twitter have been convinced that Colors TV was determined to crown Siddharth this year’s winner even though his rival Asim Riaz has been the most popular Bigg Boss contestant.