Salman Khan has often faced condemnation for turning a blind eye to his favourite contestant Siddharth Shukla’s abusive and violent behaviour. But, the TV actor had no one to come to his rescue when India TV founder Rajat Sharma began his grilling session. Siddharth was seen scurrying for shelter as Sharma decided to expose the former. 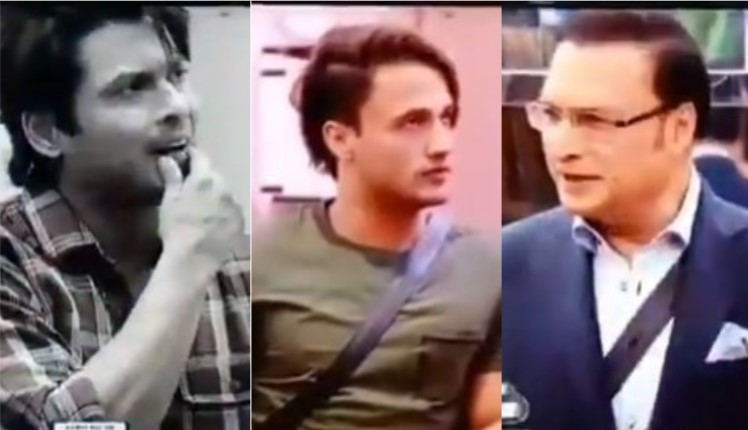 In the promo broadcast by Colors TV, Rajat Sharma is seen asking Siddharth, “As long as (Asim) was obeying you, everything was fine. Your principle is ‘my way or the high way’.” Sharma was perhaps referring to fissures in Siddharth’s friendship with Asim Riaz after he refused to follow his advice.

Siddharth replied, “Sir, as a sportsman, I have plenty of competitive spirit.” Not to be swayed by Siddharth Shukla’s justification, Sharma decided to expose him further as he asked, “This is not happening because of sportsman spirit, but only to show each other down.”

Siddharth added, “More than half the time, Asim hasn’t a clue what’s happening in the game.” Sharma replied, “This is the problem. You don’t consider anyone other than yourself.”

The India TV founder continued, “You selected Paras since you felt that he wouldn’t give you competition. Shehnaaz was capable of giving you competition.” Siddharth replied, “I don’t consider Shehnaaz as a competitor.”

The promo also showed Sharma grilling Asim for his spectacular fallout with Siddharth as he asked, “Your friendship (with Siddharth) was quite strong but you broke the friendship because of the game.” Asim replied, “If your friend is not listening to you, then you have to move ahead for the sake of the game.”

Sharma then wondered if Asim’s action was to garner the much-needed sympathy in the show.

Siddharth and Asim had started the competition as great friends but they turned bitter rivals later in the show. Their public fights have routinely dominated social media conversations.