Alia Bhatt and Ranbir Kapoor are expecting their first as the Raazi actor took to Instagram to make the announcement in a creative fashion. The news of Bollywood’s most famous couple expecting their first child prompted top names in the entertainment industry to congratulate them. Alia’s mother, Soni Razdan too wrote an adorable note. Karan Johar said that his heart was ‘bursting’ by the news. 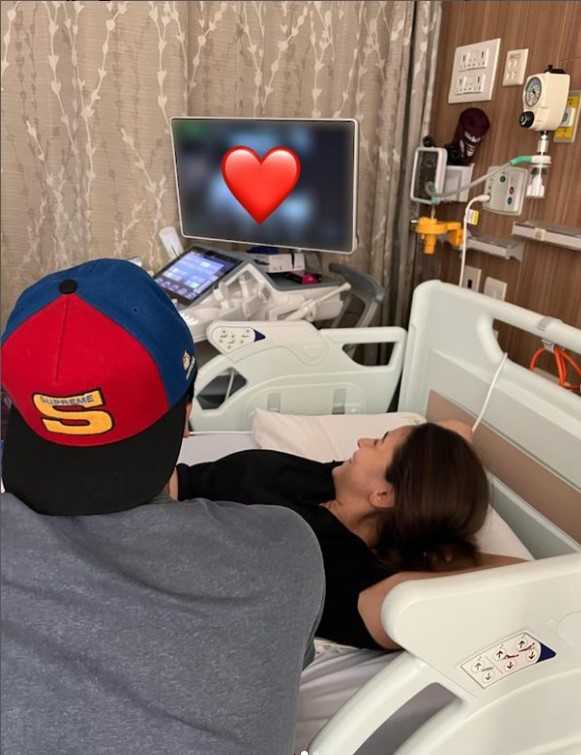 Alia shared a photo of her from the hospital bed where her sonography was being conducted. Ranbir was seen seated next to her. Alia wrote, “Our baby ….. coming soon ♾❤️✨.”

Songer Shreya Ghoshal wrote, “😍😍😍 Congratulations to you both! What a wonderful news♥️♥️♥️.”

Alia also shared a photo with a lioness nudging a lion as a cub looks on.

It seems Ranbir had hinted about Alia’spregnancy a few days ago during the promotion of Shamshera, his upcoming film. When asked about his work post marriage, the actor had replied, “Abhi mujhe bahot kaam karna hai sir. Abhi mujhe family banani hai, unke liye kaam karna hai. Pehle mai khudke liye kaam karraha tha. Nahi nahi, abhi mai bahot kaam karunga. (I have to work a lot right now sir. I have to make a family, have to work for them. Up until now I have been working for myself. No, no. I have to work a lot right now).”

Alia and Ranbir got married in April in Mumbai this year.