Renowned industrialist Rahul Bajaj has slammed the Centre’s Narendra Modi government in the presence of Home Minister Amit Shah for promoting a climate of fear. Speaking at an event organised by The Economic Times, Bajaj said that he wasn’t sure if the government headed by Modi will ever appreciate criticism. 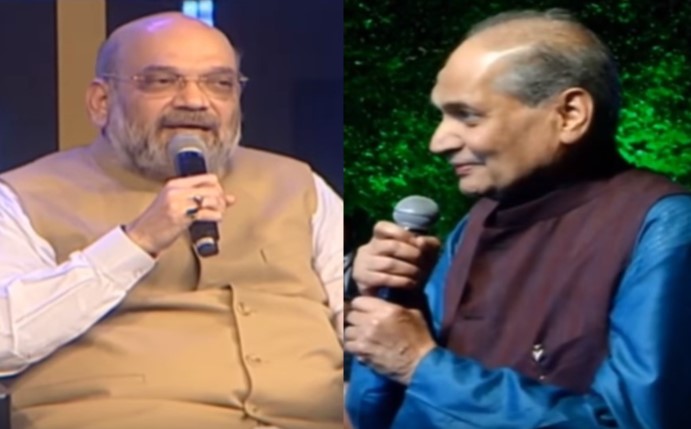 He said, “Nobody, nobody from our industrialist friends will speak, I will say that openly… I am not saying for the sake of saying. An environment will have to be created… When UPA II was in power, we could abuse anyone… You (the government) are doing good work, but despite that, we don’t have the confidence that you will appreciate if we criticise you openly (Aap achchha kaam kar rahe hain, uske baad bhi, hum aapko criticise openly karein, confidence nahin hai ki you will appreciate). I may be wrong, but people are laughing here thinking that I’ll face consequences for asking this question.”

Bajaj also poked fun at Amit Shah by reminding him that his name ‘Rahul’ was given to him by India’s first prime minister, Jawaharlal Nehru. He said, “If I have to wrongly or rightly maintain my reputation, it’s very difficult for me to praise anybody. I was not born that way…My grandfather was supposed to be the adopted son of Mahatma Gandhi. My name, you will not like it, my name Rahul was given to me by Jawaharlal (Nehru) ji. I was born anti-establishment. UPA or anybody else. So my concern is minor things.”

The renowned industrialist also slammed the government for promoting elements such as terror-accused Sadhvi Pragya Thakur and giving her tickets to win elections. “Today, we call the killer of Gandhi ji(India’s first terrorist Nathuram Godse) a patriot. Either we are not sure about his act and have doubts, I don’t know. She (terror accused BJP MP Sadhvi Pragya) said the same thing during the elections and she won. Nobody knew her, you give her the ticket and she won. Then you included her in the (Parliamentary) consultative committee (on defence). The prime minister (Narendra Modi) had said that it will be difficult for him to forgive her. And yet she was included into the consultative committee. It’s not only the tax terrorism or what (RSS chief) Bhagwat ji is saying that the lynching is a foreign word,” he said.