Indian captain Virat Kohli has finally broken his silence on the controversy surrounding his actress wife Anushka Sharma during this year’s cricket World Cup. Former India cricketer Farokh Engineer had alleged that a senior member of the Indian cricket board’s selector’s committee was seen serving tea to Anushka during the World Cup in England. 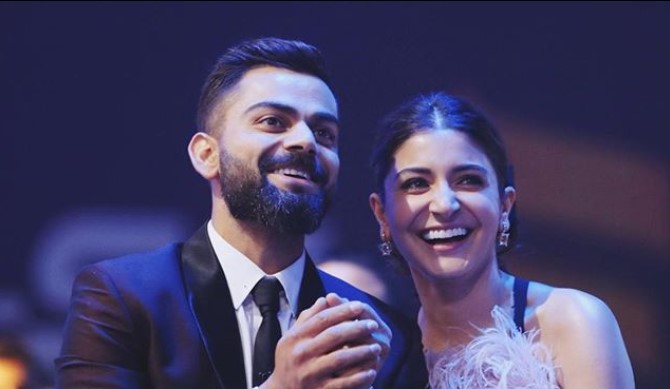 Engineer’s comments had evoked angry reactions from Anushka, who posted an extraordinary rebuttal to Engineer’s allegations. Now her husband has finally opened up about the controversy for the first time. Speaking to India Today, Kohli said, “So much has been said about her and so much comes out about her. You have to understand that she is someone who has achieved success at a very high level. She was a superstar even when we met. When these things come out of protocols not being followed and rules being broken, it is not in her nature to do something like that because she understands my profession and I understand her profession. Either of us doesn’t interfere in it.”

Anushka was also accused of interfering in team meetings that allegedly impacted the selection process of players in the national team. On one occasion she had courted a huge controversy when she accompanied the national team’s official visit to the Indian High Commission in London.

This one is my blessing . My friend , My confidante , My one true love . I hope you find the light guiding your path always and may you choose to do the right thing every time . Your compassion is what makes you a good leader and i pray that you always have that in abundance . Happy Birthday my love ❤️?✨

Kohli said, “When the lies are spoken so much all around, they start becoming truths. So you need to speak up at some stage and that’s exactly what happened recently. She came for 1 World Cup game against Sri Lanka and the family box and the selector box was different, and there was no selector in that box. She came for one game with two friends. As I said, she is known, she’s been successful at a very high level so when people take her name, it gets noticed.

“You want to mention something about the selectors do that, but why join her name with it. We are not people who would go out and start these debates but you have to put the truth out there – the way things actually are and the way they are perceived and accepted are very different. So you need to put across what is happening because you are in those situations yourself.”

Engineer had later reportedly clarified that he only said that in ‘jest.’