Four years ago, Mukesh Ambani-owned Colors TV was accused of high-handedness when it abruptly ended its flagship comedy show fronted by comedian Kapil Sharma. But, blame it to the coronavirus pandemic that the TV channel has been forced to reduce its staggering financial losses by bringing back Comedy Nights with Kapil. With no new TV programmes being shot due to the nationwide lockdown, TV channels in India are incurring huge financial losses. Perhaps to cover some of its losses, the channel has decided to bring back the old series of the Comedy Nights With Kapil. However, many fans felt that karma was haunting Colors TV for allegedly fixing the declaration of Sidharth Shukla as this year’s winner of the Bigg Boss show. 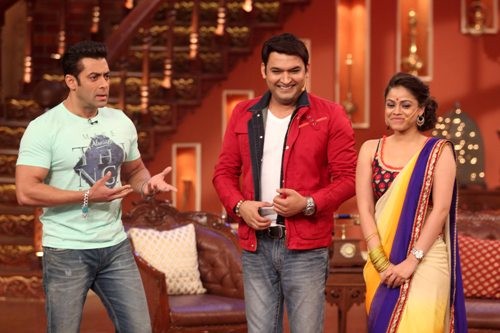 The channel took to Twitter to make the announcement, “he reason behind bringing the show to an end is Kapil Sharma’s displeasure with the channel. Sharma, whose production house K9 Productions had been producing KNWK, was reportedly unhappy that the channel had sidelined his show at the cost of Comedy Nights Bachao, now broadcast every Saturday in the same slot.”

Ab phirse hasega saara parivaar saath because @KapilSharmaK9 is back?#ComedyNights with Kapil is back with a bang, watch it every Sat- Sun at 6:30 only on #Colors. pic.twitter.com/86TOuZpe4N

However, the Colors TV’s decision to bring back its old programmes headed by Kapil did not go down with fans, many of whom were quick to highlight the glaring irony.

One of the reasons behind Colors TV pulling the plug on Comedy Nights with Kapil was Kapil Sharma’s displeasure with the channel. Sharma, whose production house K9 Productions had been producing the KNWK, was reportedly unhappy that the channel had sidelined his show at the cost of Comedy Nights Bachao, fronted by Krushna Abhishek. Krushna too left the channel and joined Kapil for his new comedy programme, The Kapil Sharma Show, now broadcast on Sony TV.