There was plenty of speculation over the relationship status of Alia Bhatt and Ranbir Kapoor recently after a website reported that both of them had called it quits and gone their separate ways. The rumour had prompted Alia to post a cryptic photo of herself on Instagram to indirectly suggest that there was no truth to those speculations. Days later, a video of Alia taking her dog for a walk with Ranbir amidst the coronavirus lockdown shows that the popular Bollywood couple continues to remain madly in love with each other. The video of Alia Bhatt and Ranbir Kapoor taking the dog for a walk in athleisure wear amidst coronavirus lockdown has also prompted many to wonder if they are in a live-in relationship, 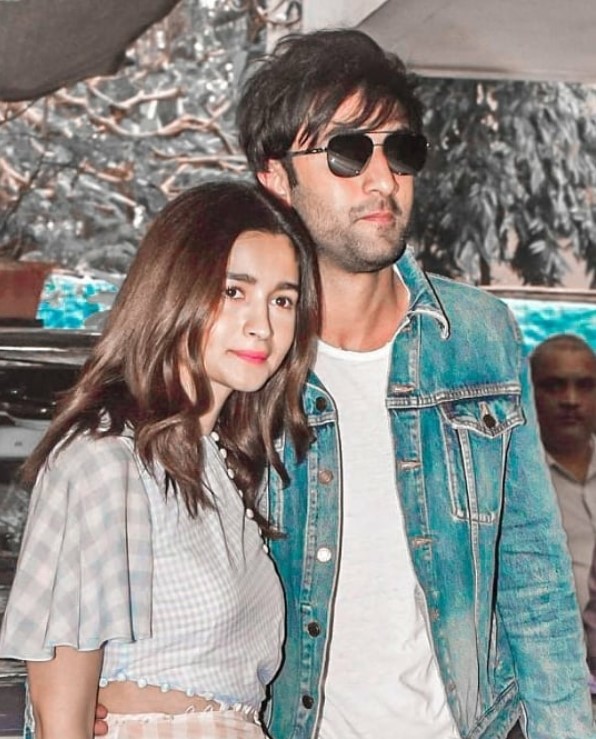 In the video, Alia and Ranbir can be seen emerging out of their house to enjoy the fresh air. Both were twinning in athleisure wear. Ranbir sported a green vest with black track bottoms and bright green shoes, while Alia wore a grey vest and black tights. Her hair was tied up in a bun.

One fan asked, “Are they living in❓”Another wrote, “Please bro stay home and stay safe.” “Those who said they broke up, eat your heart out ?” commented another fan.

Last week, Alia had taken to Instagram to share a photo of herself enjoying the sunset from her house. But she had cleverly used the photo to debunk all rumours about her split with Ranbir. Asking her fans to ‘stay home and watch the sunset,’ Alia had written, “photo credit to my all-time fav photographer RK (Ranbir Kapoor) ?.”

Alia Bhatt recently won the Best Actress award for her role in Gully Boy also featuring Ranveer Singh. She will be next seen in Ayan Mukerji’s Brahmastra, also featuring Ranbir Kapoor and Amitabh Bachchan. Her other projects include Mahesh Bhatt’s Sadak 2 and Karan Johar’s Takht.