Payal Ghosh has ‘unconditionally’ apologised to Bollywood actor Richa Chadha for dragging her name into MeToo allegations against filmmaker Anurag Kashyap. The Bombay High Court disposed off Richa’s Rs 1.1 crore defamation suit against Payal after the latter signed the terms on her unconditional apology. 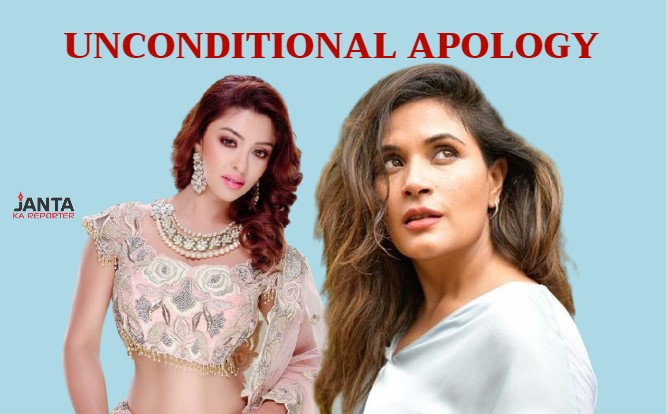 The agreement terms signed by both Payal and Richa read, “Pursuant to the Order dated 7th October, 2020 of the the Hon’ble Justice Shri A.K. Menon (Hon’ble Bombay High Court) the Defendant No. 1 hereby withdraw her statements and defamatory posts pertaining to the plaintiff as mentioned vide the current Interim Application and Suit, including without limitation her statements and defamatory posts vide the Interview attached as Exhibit D and Exhibit E, to the Plaint and unconditionally apologises to the Plaintiff.’

Payal also agreed to ‘delete all her above said statements and defamatory posts against’ Richa on Twitter and any other media where her statements were published. She also undertook ‘not to state, make, publish and/or republish any defamatory, insulting, humiliating statement(s) against the Plaintiff at anytime in perpetuity, related to the subject matter of the present Interim Application and/or Suit and/or any issue, dispute, complaint, suit, action, controversy and/or other nefarious activity and/or criminal activity between the Defendant No.1 and/or any party/ third party and/or person, vide any media and/or platform and/or otherwise in any manner and/or for any purpose.”

Reacting to the apology by Payal, Richa’s team issued a statement saying that the actor was ‘elated with the outcome of the case.’ Richa later tweeted, “No legacy is so rich as honesty” – Shakespeare. Hope ppl realise that they can’t just get away with attempts to defame others. Am very grateful to the Hon’ble Bombay High Court for their swift action and for justice. Awaiting the written order too.”

The lawyer of Kamaal R Khan told the Bombay High Court that he would not make any public comments against Richa on the basis of defamatory remarks, adding that he would make a public statement to that effect.

The lawyer of Kamaal R Khan, another defendant in Richa’s suit, tells HC that he will not make any public comments against Richa on the basis of defamatory remarks and adds that he will make a public statement to that effect.#RichaChadha#PayalGhosh pic.twitter.com/N3pscJlHJm