Salman Khan has put Bigg Boss contestant Paras Chhabra in his place after he made an audacious attempt to pull off a Siddharth Shukla by raising his voice in front of the Bollywood megastar. The promo broadcast by Colors TV showed Salman at his most menacing as he made Paras realise that he was the real boss of the reality show. 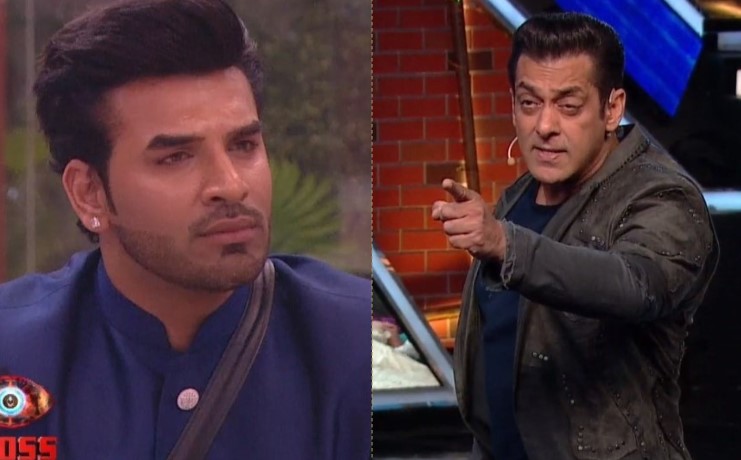 What triggered an extraordinarily angry reaction from Salman was Paras Chhabra’s attempt to raise his voice in front of him and almost heckle the Bollywood superstar. Salman told Paras, “Paras, Mahira, what you guys are doing is not friendship. It’s more than friendship. He (Paras) has also told (his girlfriend) Akanksha that she shouldn’t mind if he indulges in some acting (with a girl), then she should not mind. So he has already made a bridge before entering the house. So. how far will this game go?”

Paras replied, “I don’t know how Akanksha’s name has appeared here.” As Salman told him that Akanksha had called him to find out about his ongoing romance with Mahira, Paras continued to heckle him disparagingly. He told Mahira, “How can I tolerate when someone is trying to lay the blame on me.”

This brought the most menacing reaction from Salman as he roared, “Oye Paras, Don’t you dare use this tone with me. You keep your voice down.”

This is the first time, Salman has reacted with so much anger to a contestant in this season. He had come under plenty of flak when he decided to ignore similar behaviour of Siddharth after the latter was seen raising his voice in front of the famous host.

Salman will also be seen asking Vishal Aditya Singh and Madhurima Tuli to leave the competition after the two were seen indulging in violence in the house last week. Madhurima had resorted to violence after Vishal threw water at her.