India on Friday defeated Australia by 36 runs in the second ODI of the series. The match saw two batsmen missing out despite being the late 90s and India’s Mohammad Shami being denied yet another hat-trick of his career. 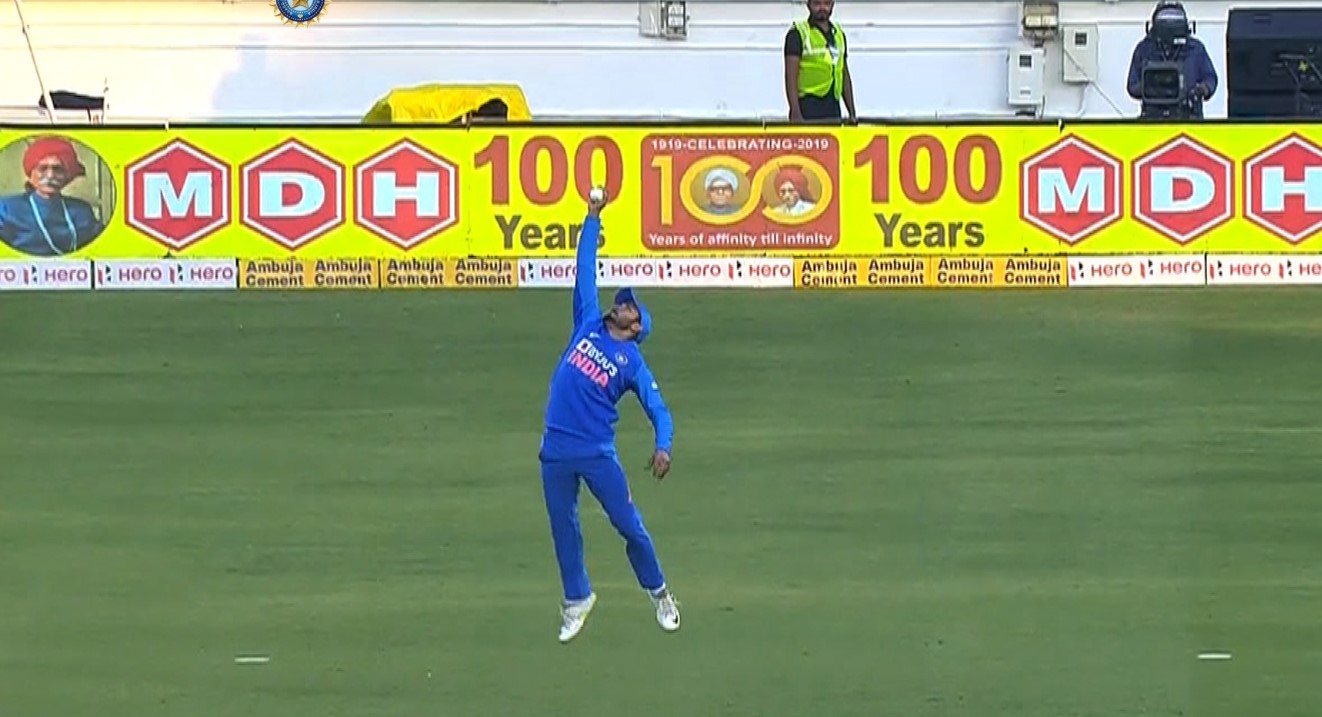 Batting first India piled up a huge total of 340-6 with Shikhar Dhawan getting out for 96. KL Rahul made 80 while captain Virat Kohli played a decent knock of 78. Rohit Sharma too chipped in with 46 runs.

Australia made a flying start and appeared almost set to chase the total but remarkable bowling by Shami and Kuldeep Yadav tilted the game in India’s favour. Kuldeep, who picked up his 100th ODI wicket today, bowled the Australian danger man Steve Smith out at 98. Marnus Labuschagne too departed for 46 leaving Australia in deep trouble.

Shami was the most successful bowler as he picked up three wickets but the bowler from Uttar Pradesh conceded 19 runs in his last over as Kane Richardson hit him all around the stadium. Ravindra Jadeja, Navdeep Saini and Kuldeep Yadav took two wickets each. Jasprit Bumrah took one wicket even though he was the most economical bowler in the match.

The series is currently tied at 1-1 as Australia had won the first ODI.

KL Rahul was adjudged Man Of The Match.

Reacting to India’s win, Kohli said, “We live in the days of social media and a panic button being pressed too early. It’s very important to figure out the best team you can put on the park and when you see how KL was batting today, it’s very difficult to leave someone like that out. Batting at No. 5 and batting like that for the team, this is probably the best he’s played at the international level. That knocked showed maturity and class. We know exactly what we’re doing in the change room.

“On the outside there’s a lot of panic that we don’t really focus on. Back to No. 3 was good for the team so I’m happy from that point of view that it helped the team. In ODI cricket, Shikhar has been one of our most consistent performers. I’m very happy that he scored runs as well. It always augurs well when he and Rohit score runs. I asked Rohit briefly just now. It’s that left shoulder that has popped out a few times. There’s no tear so hopefully he should be back for the next game. I’m very pleased to see that. I asked the bowlers what they wanted to do and they said this is the time to execute our yorkers. All three executed brilliantly.”