The BJP recently denied its outspoken MP Shatrughan Sinha a ticket from Patna Sahib, which he had won convincingly in the 2014 elections. This, according to many, paved the way for him to join the Congress, which may field him from Patna Sahib in this year’s Lok Sabha polls. 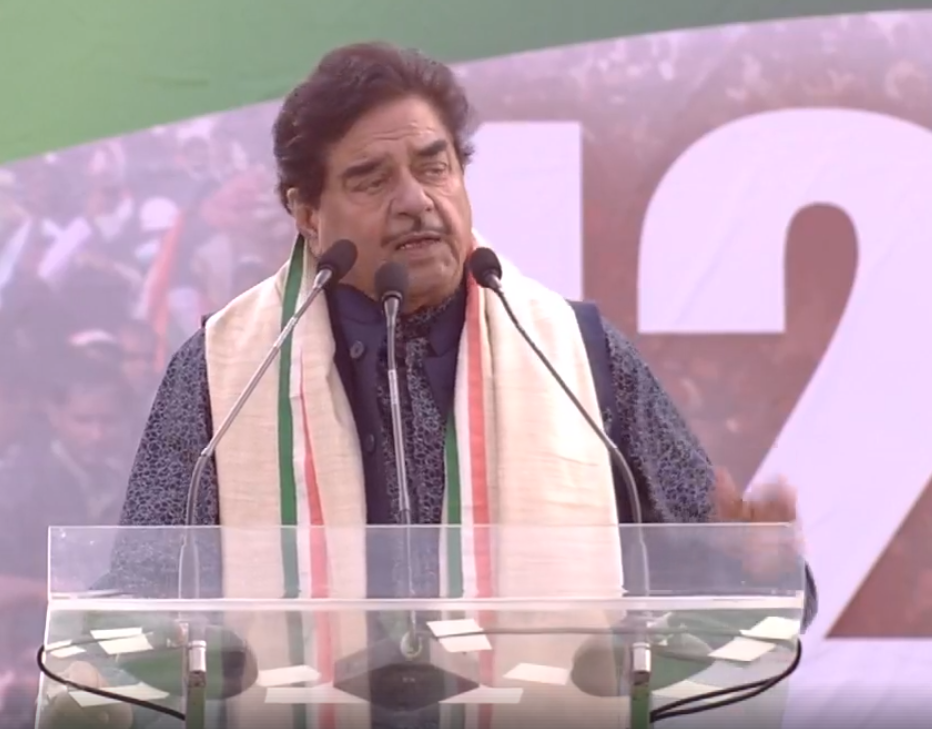 On Tuesday, the actor-turned-politician took to Twitter to post a series of tweets targeting Prime Minister Narendra Modi. But, he began his social media post by addressing Modi as someone who was on his way out. He wrote, “Honble outgoing Sirji. Why are you wasting so much money on different channels and on the paid and choreographed crowd who chant your name at any given time – during, before & after your speeches on the signal of the conductors.

“Your rhetorics /speeches lack content and depth these days and have gone to the extent of becoming highly repetitive and irritating. Sirji, I still remain your well wisher despite your EVM misuse and in-spite of all your arrogance. My humble suggestion for you at this eleventh hour would be to become straight and go straight.”

by money and muscle power – instead of going for a conducted tour, well rehearsed, well practiced, choreographed slogan chanting and with people of press of the choice of the One man show & Two men army. Your addresses right from London were conducted and choreographed where you

In his subsequent tweets, Shatrughan Sinha advised Modi to not hire or ‘go for paid channels.’ Instead, he added, Modi should go for a real and genuine press conference with journalists who could not be bought. This was the suggestion that Congress President Rahul Gandhi also made on Tuesday when he dared Modi to hold an unscripted press conference. The Prime Minister has not held a single press conference during his five year term in the office.

Sinha had taken to Twitter to announce his intention to join the Congress after the BJP fielded Union Minister Ravi Shankar Prasad from Patna Sahib, denying Sinha a ticket from his traditional seat. Recently, his daughter and popular Bollywood actress, Sonakshi Sinha, had accused the BJP of ill-treating her father.