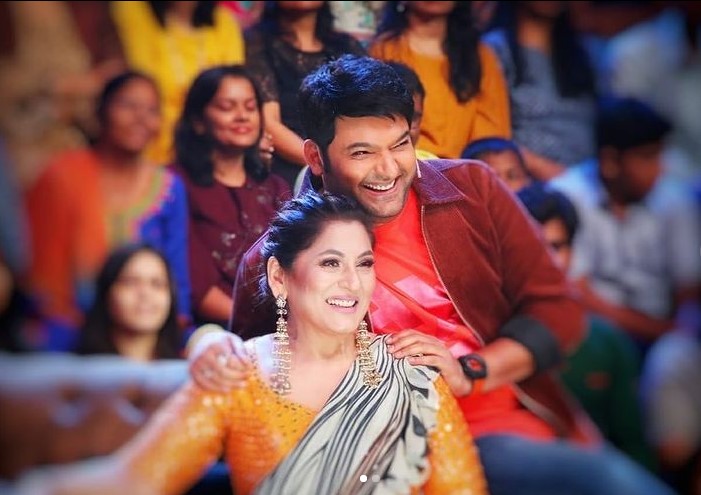 Kapil had asked Archana if she had ever posted videos on food. This prompted Bhumi to say, “I’ve seen all your videos.” Kapil joked, “Yes, the one where the husband is running away.” This left everyone in splits.

Bhumi said that she had particularly liked those videos with Archana’s domestic help Bhagyashree saying that she had become quite famous. But Kapil wasn’t done yet as he continued to embarrass Archana. He told his guests, “We have a lot of blessing that we have Archana ji with us that our business started. She was the one, who got the show started. During the lockdown, someone came and began pelting stones at the office of Sony TV demanding the show toi start with Archana Puran Singh as its judge. Else I will smash the remaining glasses too. I am Mangal Singh, the leader of the dacoit.”

“The watchman said that the one pelting stones was a woman, who even bit his hand,” Kapil continued.

Also targeting Archana with cruel jokes was Arshad Warsi, who described the veteran ctor worse than a ghost. When Kapil asked Archana if she believed in ghosts, Arshad interrupted saying, “You should ask this question to ghosts.” As expected, everyone burst into laughter but Archana once again took the joke cracked at her expense in her stride.

Archana’s Instagram videos have become a rage of sorts, particularly during the nationwide lockdown. Her domestic help Bhagyshree, who routinely featured in most of her home videos became a celebrity in her own right. The popularity of Archana’s videos resulted in a phenomenal rise in her number of followers on Instagram, crossing the one million mark.