In a new revelation, America’s Wall Street Journal has reported that Facebook had gone soft on Hindu militant outfit Bajrang Dal, to protect its staff and business interests in India. This was even after Facebook’s own safety team concluded that the militant Hindu organisation with ties with the ruling BJP had supported violence against minorities across India. The safety team had even concluded Bajrang Dal qualified as a ‘dangerous organisation’ and should be banned from its social media platform. 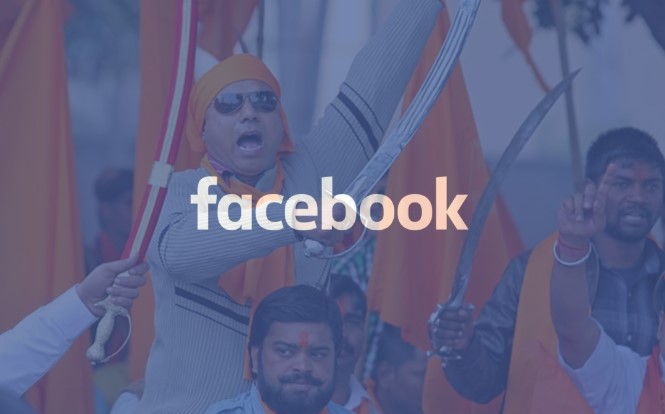 This was after the Hindu radical outfit claimed responsibility for the attack on a Delhi church through a video that clocked more than 2,50,000 views on Facebook.

Facebook’s safety team also advised against taking coercive action against two other militant Hindu outfits namely Sanatan Sanstha and Sri Ram Sena. The WSJ  report added that a group of Facebook’s employees had stated in an internal letter and posts on Facebook discussion groups that the presence of ‘Bajrang Dal on its platform, among other organizations, casts doubt on the company’s commitment to tackle hate speech in India.’

Reacting to the WSJ’s revelation, Facebook spokesman Andy Stone was quoted as saying, “We enforce our Dangerous Individuals and Organizations policy globally without regard to political position or party affiliation.”

Facebook has been at the centre of huge controversy this year after it was revealed that its lobbyist and India policy director Ankhi Das had promoted Islamophobia using her Facebook account when she called Indian Muslims a traditionally ‘degenerate community.’ The WSJ had alleged in August that Das had stopped Facebook from taking action against a known BJP hatemonger, Raja Singh, when he issued a call for mass violence against Muslims.

A group of Facebook employees had written an open letter on the company’s internal platform demanding answers to some tough questions on ‘anti-Muslim bigotry’ promoted by the India team under Ankhi Das. The letter had also demanded diverse representation in Facebook’s ‘policy team in India (and elsewhere).’

Faced with growing outrage both within the organisation and outside, Das had decided to step down from her post in October this year. Incidentally, Ankhi Das was at the helm of Facebook’s policy decision making when a decision was taken to go soft on Bajrang Dal.