Indian cricketer Yuzvendra Chahal has taken to his social media account to announce that he had tied the knot with his partner Dhanashree Verma days after playing a key role in India’s series win against Australia in the T20 International series. 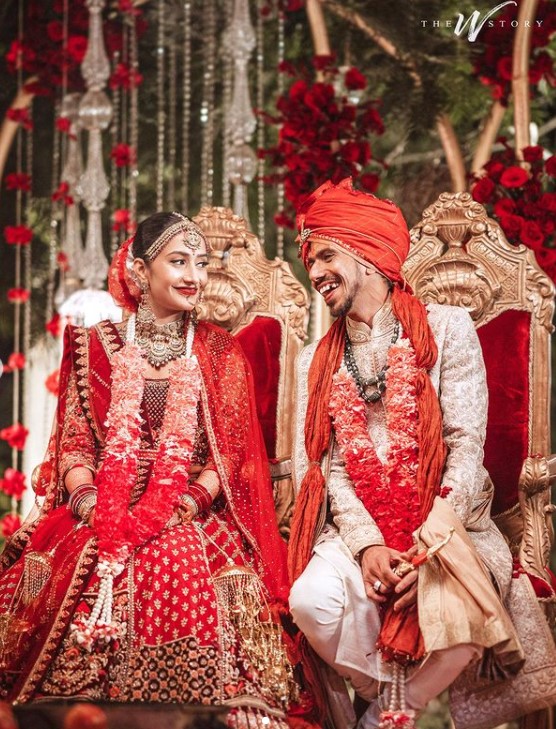 Chahal shared the photo of his wedding as he wrote, “We started at “Once upon a time” and found “Our happily ever after,” coz’ finally, #DhanaSaidYuz for infinity & beyond!”

Chahal had announced his engagement with Verma in August this year. Among those congratulating Chahal on his engagement was veteran actor Archana Puran Singh, who’s been a part of The Kapil Sharma Show as its judge for over one year now.

Chahal recently returned after representing India in the ODI and T20I series. India lost the ODI series 1-2 but bounced back to win the T20 series 2-1 against the Aussies. He’s yet to play for India in the longer format of the game.

Chahal was also seen in action in the recently-concluded IPL competition, held in the UAE. His team, Royal Challengers Bangalore, had failed to qualify for the final, but the side led by Virat Kohli made the cut for the play-off stage. Chahal had claimed 21 wickets in 15 matches.