Nikhat Zareen of India on Sunday won the Gold medal boxing, giving the country its third in the competition in the ongoing Commonwealth Games. Nikhat defeated Carly McNaul  of Northern Ireland. 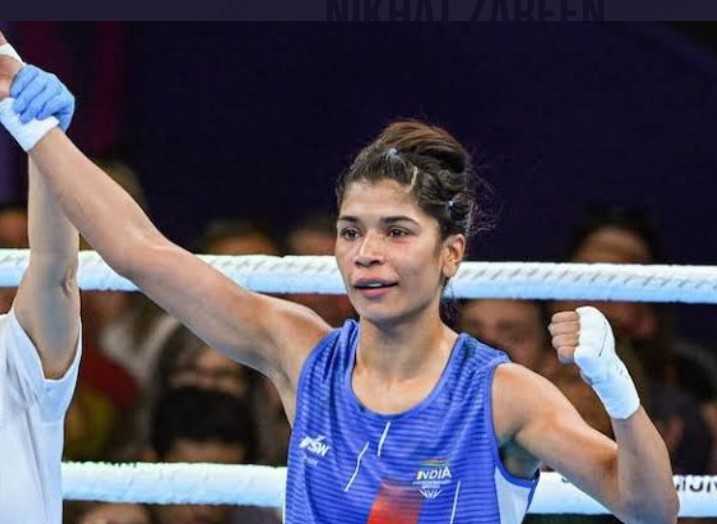 Earlier, Nitu Ghanghas of India had won the first Gold medal in the Women’s Over 45kg-48kg (Minimumweight) category. This was followed by another Gold that Amit Panghal won in the Men’s Over 48kg-51kg (Flyweight) category.

India are now fourth in the medals table by winning 48 medals including 17 Gold medals.

Nikhat had created history by winning the Women’s World Boxing Championships in Turkey in May this year. By doing so, Zareen had become only the fifth Indian woman to achieve this coveted feat.

A self-confessed Salman Khan fan, Nikhat had received a special fan from the Bajrangi Bhaijan star, who requested him to not knock him out.

Recalling the taunts his daughter faced for wearing shorts, father Jameel had said that people would often raise objections to a Muslim girl wearing shorts to play sports. He, however, said that the family soon learnt to ignore them. “But when she won the youth championship, people changed their minds and said she’d proven herself,” Jameel was quoted as saying by BBC.