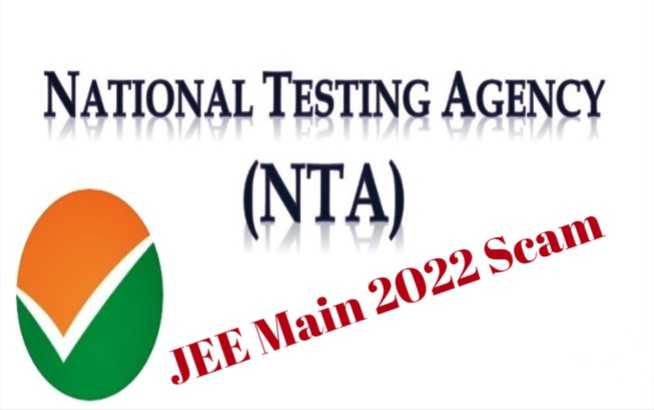 The alleged tampering with the student’s response sheet has adversely impacted his overall ranking, thereby causing uncertainty to his future efforts to secure admission in a decent engineering college.

Vivek Mittal has now approached the Delhi High Court against the NTA. The matter was heard by Justice Sanjeev Narula on 5 August. In a shocking development, the NTA presented an excel sheet in its defence to claim that no foul play was committed with the student’s response sheet on its website.

Aditya’s father has expressed his shock at the NTA’s decision to bring an excel sheet, which can be prepared by anybody, to claim no wrongdoings. He has vowed to counter the NTA’s excel sheet with a forensic report of Truthlab, which is currently examining the authenticity of the two response sheets printed by Aditya from the NTA website.

According to Aditya’s father, his son attempted 58 out of 75 questions in the JEE exam. On 3 August, the NTA issued a provisional/claimed answer key, which lists the question IDs and the correct answer/option as per the NTA.

Aditya downloaded his response sheet by submitting his login ID at 10:24 PM to cross-check his answers. According to the answer sheet downloaded on 3 August, Aditya was expected to secure 212 marks, which, he claims, would place him in the top 2000 candidates.

However, when he downloaded his answer sheet on 4 August at ‘at around 08:50 AM,’ in order to check errors that he may have committed inadvertently, Aditya said that he was shocked to note multiple discrepancies, claiming that his answers/responses for 13 questions were mysteriously changed.

This meant that Aditya was now expected to secure only 168 marks, pushing his overall ranking behind 50,000.

The NTA, for its part, questioned the authenticity of the answer sheet presented by the student in the high court as its lawyers presented an excel sheet to counter its veracity. The NTA told the court that the answer sheet was never changed after being uploaded on 3 August.

But Vivek Mittal has decided to approach a double Bench of the high court praying for the stay on the declaration of the final results until the discrepancies in his son’s response sheet have been resolved.

Meanwhile, All India JEE-NEET Student Association too has alleged largescale technical faults by the NTA during the exam and wrong response sheets being displayed on the website.

Educational Minister Dharmendra Pradhan has been urged to intervene in light of the seriousness of the discrepancies on the NTA website since Prime Minister Narendra Modi has repeatedly claimed to weed out corruption from the country. This also threatens to undermine the education system of India given the importance of the JEE exam, which produces IITians in the country.

National Testing Agency (NTA) is an independent, autonomous, and self-sustained testing organization under the Ministry of Education (MoE), Government of India (GoI), which is tasked with conducting examinations to assess the competency of candidates for
admission to higher education institutions. JEE (Mains) is one such examination, which serves as an eligibility test for JEE (Advanced), which is conducted for admission to IITs.