The Nepali government on Thursday announced that it was banning Indian TV channels with an exception of the government-run Doordarshan. This was reported by news agency ANI, which quoted local Cable TV providers as saying. 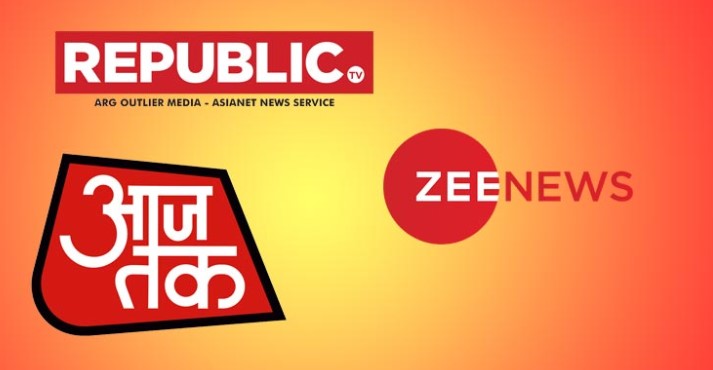 The reported decision to ban Indian ‘news’ channels was taken amidst complaints of ‘baseless propaganda.’ The development took place just days after a woman Nepali journalist had slammed controversial Indian anchor Arnab Goswami for allegedly running propaganda against her country.

Nepali Cable TV providers tell ANI, signals for Indian news channels have been switched off in the country. No official government order of the same till now.

News agency ANI quoted former Deputy Prime Minister & Spokesperson of the ruling Nepal Communist Party (NCP) Narayan Kaji Shrestha as saying, “Baseless propaganda by Indian media against Nepal government and our PM has crossed all limits. This is getting too much. Stop with the nonsense.”

The relationship between India and Nepal deteriorated recently after the neighbouring country’s parliament approved a political map that showed some of the Indian territories in Uttarakhand as its own. The new political map of Nepal now includes parts of India in Uttarakhand. They include areas of Lipulekh, Kalapani and Limpiyadhura.

Baseless propaganda by Indian media against Nepal govt and our PM has crossed all limits. This is getting too much. Stop with the nonsense, said former Deputy Prime Minister & Spokesperson of the ruling Nepal Communist Party (NCP) Narayan Kaji Shrestha: Nepal media

Last month, Arnab Goswami from Nepal as a woman journalist held up a mirror to Republic TV founder on ethics of journalism days after Kavita Kaushik and Saif Ali Khan’s co-star Kubbra Sait slammed the controversial anchor for shenanigans. A feisty Nepali journalist lashed out at India’s controversial TV anchor Arnab Goswami for his recent rant against Nepal after the neighbouring country’s political map left India seething. Goswami and his pro-RSS guests had slammed Nepal for releasing a controversial political map allegedly at the behest of China.

Earlier in June this year, the Nepalese Police had shot dead one Indian and left two critically injured on the Indo-Nepal border in Bihar’s Sitamarhi district.