Indian Idol judge Neha Kakkar and boyfriend Rohanpreet Singh are set to exchange wedding vows as claimed by earlier media reports. This became clear after both Neha and Rohanpreet, a former reality show contestant and one of the suitors of ex-Bigg Boss contestant Shehnaaz Gill aka Punjab’s Katrina Kaif, also took to Instagram to confirm the couple’s relationship status. 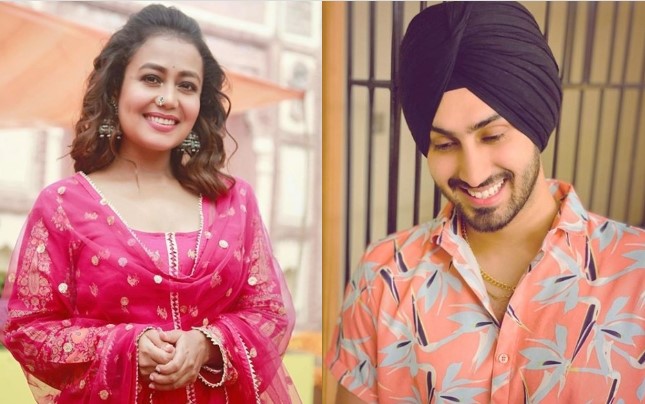 While sharing an adorable photo of himself with Neha, Rohanpreet wrote, “Meet My Zindagi! @nehakakkar ????♥️♥️??” This evoked an instant response from Neha, who commented, “Awwwweeee.. Rohu Baby!! ????” Not to be left behind, Neha’s brother, Tonny Kakkar, wrote, “And you both hamari zindgi ♥️”

Earlier, Neha had taken to social media to make a stunning confession about her relationship status with Rohanpreet as she wrote, “You’re Mine @rohanpreetsingh ♥️?.” She had ended her post with hashtag #NehuPreet. Rohanpreet too ended his latest Instagram post with the same hashtag.

Neha later gave ample hints that she had begun her wedding preparations. Sharing a series of photos in a red outfit, Neha wrote, ““Aaja Chal Vyah Karwaiye Lock Down Wich Katt Hone Kharche” This is my favourite line from #DiamondDaChalla Song ? Which line is Your fav?” She ended her post with hashtag #NehuDaVyah, which implied that the famous Bollywood singer had begun her wedding preparations.

Neha had also updated her Insta story to remind her future husband that she needed to be fed delicious cake every day. This was after she shared a series of videos from the sets of Indian Idol where she was seen enjoying ‘protein cake’ sponsored by singer Himesh Reshammiya, who is also a judge on the Sony TV’s singing reality show.

According to some media reports, Neha and Rohanpreet will exchange wedding vows in Delhi on 24 October.