Veteran Bollywood actor Naseeruddin Shah has lashed out at Prime Minister Narendra Modi for his tacit support to those Hindutva terrorists, who called for the Muslims’ massacre in India. 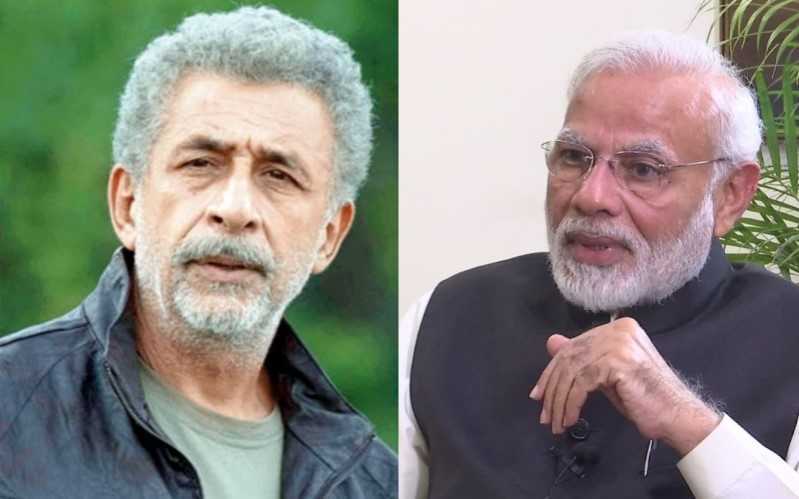 Speaking to a news portal, Shah said, “What is happening here is, I think, a concerted attempt to make Muslims feel insecure. It is starting from the very top where Aurangzeb is being invoked and Mughals invaders is being invoked. Separatism seems to have become a policy for the ruling party.”

Shah was referring to an earlier speech of Prime Minister Narendra Modi, who invoked Aurangzeb during an election rally in Varanasi.

A group of so-called Hindu religious leaders had recently gathered in Uttarakhand to issue calls for the genocide of Indian Muslims. The police have come under widespread condemnation for its inaction. Modi and BJP governments in Uttarakhand and Uttar Pradesh have also been criticised for their silence over the genocidal calls.

The Indian actor said that when he heard about the calls to kill Indian Muslims, his first reaction was of ‘anger.’

Shah felt that such calls for Muslims’ ethnic cleansing by Hindutva terrorists will lead to civil war in India. He told The Wire, “This leaves you aghast when you hear things like this.. I wonder if these people know what they are talking about. Because what they are calling for is a full scale civil war. 200 million of us are not going to get wiped off so easily. 200 millions of us are going to fight back… We belong here…I am certain if any such movement begins, it’s going to met with massive resistance and a massive amount of anger.”

On Modi’s silence, the veteran actor said that he simply did not care adding that Mthe Indian prime minister derived pleasure from the calls of genocide being made against Muslims.

“He doesn’t care. He genuinely doesn’t care. At least you can’t accuse him of being hypocritical in that sense. He’s never said a word of apology for the Ahmedabad pogrom. He’s not said a word of apology for anything. He half-heartedly apologised for the farmers’ thing, but it was an insincere apology. Not a word of chastisement for any of these people. In fact, he follows them on Twitter. Obviously, he derives some sorts of pleasure from this,” Shah said.

Naseeruddin Shah also highlighted Modi’s open bigotry pointing to the fact that the Indian prime minister often flaunted his own religious beliefs in front of ‘zillions of cameras’ but will not hesitate in issuing a ‘dog whistle’ against Muslims.