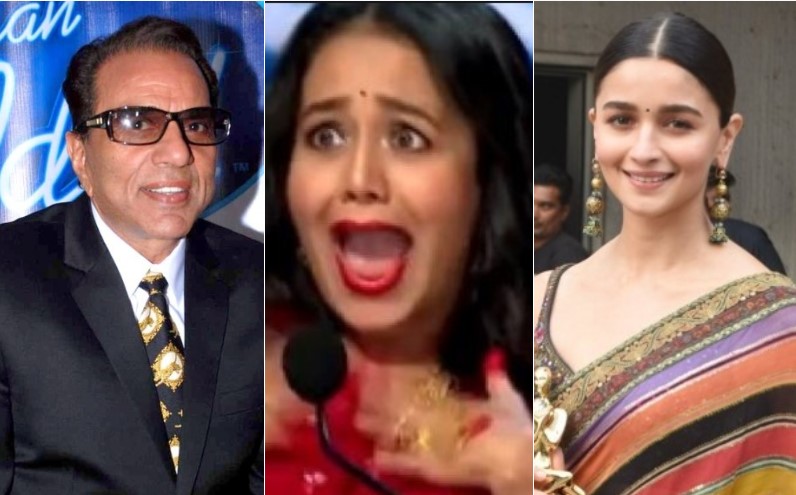 This was after a contestant, Sunny, chose the title track from Dharmendra-starrer Apne. Sunny’s performance left Himesh Reshammiya in tears as he touched Dharmendra’s feet saying that he was so proud of him.

The title track of Apne was composed by Himesh, who also gave a brief rendition of the track on the Indian Idol show. Dharmendra said that the song had made him so happy seeing the excitement on Himesh’s face. Himesh, according to him, was so excited as if a child had got his toy back.

The show saw some lighter moments after contestant Rishab finished his performance. Dharmendra was told that the contestant in question was a big fan of Alia Bhatt. The legendary actor asked Rishabh, Have you met Alia Bhatt?” He replied, “No?” Dharmendra commented, “I have also seen her only in photos till now.”

This response left everyone including the Indian Idol judges in splits as Vishal Dadlani told the contestant, “What it means that you have a stiff competition now.”

In the last episode, Rishabh was seen visiting Alia Bhatt’s house but he was stopped by the actress’s security guards from entering her house. Alia had later sent a video message expressing her gratitude to Rishabh for composing a mini-song for the Raazi actress.