Republic TV founder Arnab Goswami appeared on his TV channel on Sunday to make a desperate appeal for help after the Mumbai Police arrested his CEO Vikas Khanchandani in the Fake TRP Scam case. As he roared on his TV channel, he confused Marathi with Bengali and Hindi in a bid to prove his association with Maharashtra. Also, much to his discomfort, netizens rejected his appeal accusing him of comprising his journalistic values. 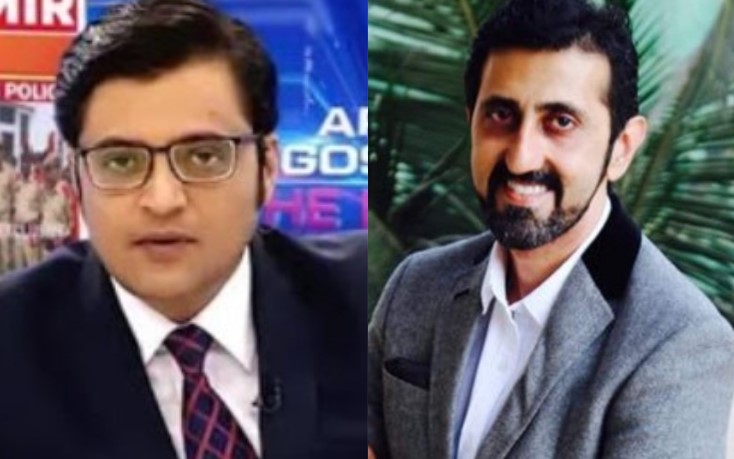 Goswami claimed that he had evidence suggesting that the case against his channel and colleagues was baseless. He, however, said that he was loyal supporter of the rule of law to explain why he had not made those evidence public.

Claiming his association with Maharashtra, Goswami attempted a line in Marathi as he said, “Mumbai meri karmbhoomi aache.” Realising that he had uttered a Bengal word aache,  Goswami corrected himself by saying, “Mumbai maajhe karmbhoomi aahe.”

However, his appeal was instantly rejected by an overwhelming majority of Twitterati. One wrote, “Why should we support as you also stopped telecast of Truth. You are not a symbol of Truth & Justice but only was a warrior who has turned into a selfish human being.”

Another wrote, “Well done Mumbai Police. When is Mr. Goswami going to be your guest again?” “What happened to two dead bodies theory in Sushant suicide case and pointing finger at Thakrey and Pawar’s. Congratulations Mumbai Police,” commented another user. (sic).”

The Mumbai Police on Sunday arrested Republic TV CEO Vikas Khanchandani in the Fake TRP scam days after the Supreme Court rejected Arnab Goswami’s pleas seeking protection from arrest and transfer the case to the CBI, which reports to the Centre’s BJP government. Khanchandani was arrested from his home in Mumbai before being produced before a city court.