Mumbai Indians cricketer Krunal Pandya was detained on Thursday detained at the Mumbai International Airport by the Directorate of Revenue Intelligence (DRI) for allegedly carrying an undisclosed amount of gold and other valuables. Quoting DRI officials, news agency PTI reported that Krunal landed in Mumbai from the UAE soon after 5 PM on Thursday when he was stopped at the airport by DRI personnel. Kunal was part of Nita Ambani-owned IPL team, which won the title for the record fifth time in the UAE. Nita’s daughter-in-law Shloka Mehta had stayed away from this year’s IPL competition. 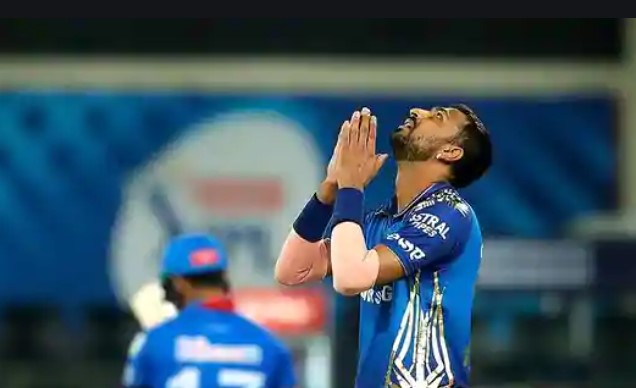 A report by Indian Express said that Pandya was allegedly in possession of two diamond-studded Audemars Piguet and two Rolex models that were not declared to Customs. The total value of the watches is believed to be about Rs 1 crore.

Mumbai Indians defeated Delhi Capitals on 10 November to win the IPL for the record fifth time. MI skipper Rohit Sharma had smashed several records while scripting the historic win for the team. Mumbai Indians had earlier won the title in 2013, 2015, 2017, and 2019.

Krunal and his brother Hardik Pandya have been regular members of Mumbai Indians for many years. Krunal Pandya was unbeaten at 1 when Mumbai Indians defeated Delhi Capitals by five wickets.

Krunal Pandya scored 106 runs and took 6 wickets in 16 matches that he played representing Mumbai Indians in the UAE. In comparison, his brother Hardik played in 14 matches and scored 281 runs without taking any wickets.

Reacting to his side’s win, Krunal had said, “It’s the hunger. The way we went about the games, there was always 100%. A lot of credit goes to how we prepared. One month before we came, everyone knew their roles. Everyone was in good shape, just executing what they were doing in the nets. There have never been doubts about Ishan’s talent. The No. 1 thing I liked about him was that he was ready to listen and improve. All credit to him, the way he came back. The first game he was not there and then coming back in, batting at 4 and then opening, the way he’s taken this opportunity,really happy for him and hope he continues doing this.”

The final had become newsworthy after Mumbai Indians owner Nita Ambani videobombed Quinton de Kock and Nathan Coulter-Nile’s interview. Embarrassed by her gaffe, Nita Ambani had quickly apologised and left the spot in a hurry even as the interviewers insisted she stay for an interview.