A court in Mumbai has granted 60 more days to the Narcotics Control Bureau SIT to file chargesheet in the Aryan Khan cruise ship case. This was after the NCB sought more time in filing the chargesheet. 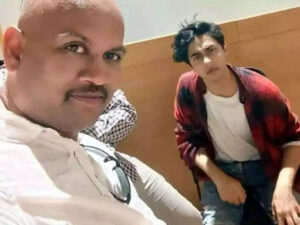 Special judge VV Patil of the NDPS court passed the order after hearing both the parties. The NCB had alleged that some of the accused provided wrong passwords of mobile, laptop and tablets thereby causing hurdles in extraction and forensic examination.

Shah Rukh Khan’s son Aryan Khan had to spend several weeks in a Mumbai jail after the Narcotics Control Bureau arrested him in a drug racket case last year.

He was arrested from a Goa-bound cruise by an NCB team led by Sameer Wankhede. Shah Rukh’s son was later granted bail by the Bombay High Court.

The Bombay High Court had also rejected the NCB’s claims that there was anything objectionable in Aryan Khan’s WhatsApp chat. The court had said in its order, “After having gone through the Whats-App chats extracted from Applicant/Accused no. 1’s(Khan) phone, nothing objectionable could be noticed to suggest that Applicant nos. 1 & 2(Arbaaz Merchant) or all three applicants alongwith other Accused persons in agreement have meeting of minds and have hatched conspiracy committing the offence in question.”